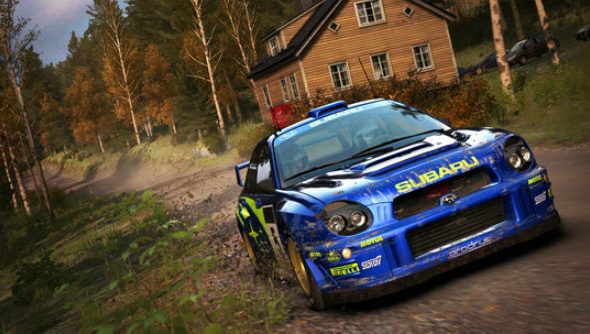 DiRT Rally is one of the best modern racing games on PC. It’s brutally difficult, but that just makes a flawless run even more satisfying to pull off. The game’s latest update might make things a little easier, putting you in the actual driver’s seat and letting you more accurately judge distances with Oculus Rift.

We’ve known VR has been in the works for the racing sim for a while, but it’s finally here.

“As you’d expect with VR, the update will immerse players into the world of rally like never before – with the challenge of DiRT Rally taking on a whole new dimension,” says the official blog. “You’ll be absorbed even further into the game as you take on some of the most challenging real life rally locations in the world, battling the elements in glorious VR.

“And it’s not just rally that the VR experience will heighten, either. Ever wondered what it’s like to peer over the edge at Broadmoor Pikes Peak International Hill Climb, or look around you on the starting grid of an FIA World Rallycross Championship race? This update will bring Oculus users even closer to these situations and settings, putting them into the heart of the action like never before.”

It sounds like it’ll be quite the experience. Now we just need a steering wheel that fights back and a chair that throws us around the living room.

DiRT Rally went live on the Oculus Store yesterday, July 11, and the update also went live for existing owners at the same time. There’s no mention of Vive support on the blog.

Here’s a trailer to get you in the mood: