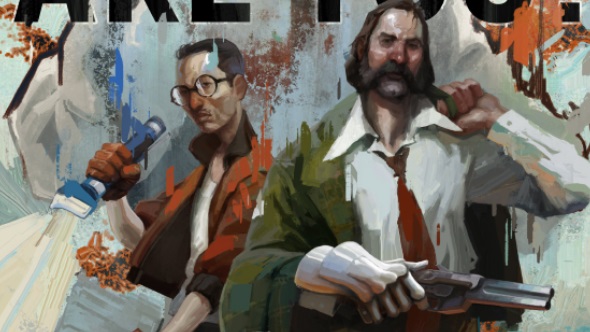 Disco Elysium is not a regular high-fantasy adventure. Rather than orcs and elves, you’ll be facing a very different kind of adversary in Disco Elysium. “I don’t think there’s anything special, surprising, or fantastic about a dragon’s lair,” Robert Kurvitz says, who is the lead designer and writer at developers Zaum Studio. “I mean I live in a dragon’s lair right now,” he laughs, pointing around the Disco Elysium’s EGX Rezzed booth, which is currently crowded by a dozen intrigued players.

Disco Elysium seems destined to become one of the best RPGs on PC.

Set in the urban, paranormal world of Elysium, Zaum’s RPG is a detective games story that offers a warped reflection of our own society. This means you’ll be coming face-to-face with foes plucked from sociology textbooks, rather than the works of Tolkien. “Some of them may be communists – these otherworldly creatures from the 20th century,” Kurvitz says.

The people you’ll meet in the hardboiled town of Revachol West come from a variety of recognisable, real-word backgrounds and groups. “[You’ll be] talking to a weird fascist person who is telling you racist things,” Kurvitz explains. “You can react to it. You can maybe even agree with it and become an unsavoury horrible bad person.”

Zaum are very aware that other developers have tried to distance themselves from real-world politics in past. “They shy away from it,” Kurvitz says. “They’re worried about what’s going to happen. They want to explore these issues by covering themselves with the fig leaf of high fantasy – so [they’re] not talking about black people, [they’re] talking about elves. We don’t have that fig leaf and I don’t want that fig leaf either.” 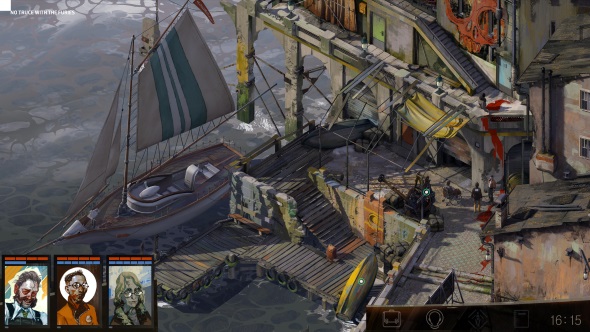 Kurvitz explains to me some of the scenarios you may face in Disco Elysium. They sound like Louis Theroux documentaries as retold by David Lynch. Elysium is full of characters from all over the political spectrum, and you are free to decide which line you walk. One situation requires you to break into a harbour, but the gates are guarded by a towering figure who has been terrifying the local striking dock workers.

“When you finally go talk to him you understand why they’re afraid to go past him – not only is he giant, he’s very black, and has very weird theories about race,” Kurvitz explains. “He’s basically what we call a Semanese supremacist. He wouldn’t call himself a racist, he would call himself a race theorist. And if you internalise his philosophy he may let you in.”

Adopting such radical lines of thought is, as we know from the real world, an incredibly dangerous path to walk. But this is where one of Disco Elysium’s most fascinating mechanics come into play. Akin to the ‘mind palace’ of Sherlock Holmes, your detective has a ‘thought cabinet’, which is “a kind of inventory we have for thoughts,” Kurvitz explains. “You go around and do other things and then it pops up ready and gives you the answer.”

While the thought cabinet will allow you to come to several important realisations on your journey, it can have lasting implications. Referring back to the Semanese guard, Kurvitz explains that one way past him would be to use the results of the thought cabinet to go along with his race theory. “He will grant you passage for that, but you will never get that thought out of your head,” he says. “You have accepted his way of thinking.” It seems even choices confined to your own mind will have far-reaching consequences in Disco Elysium. 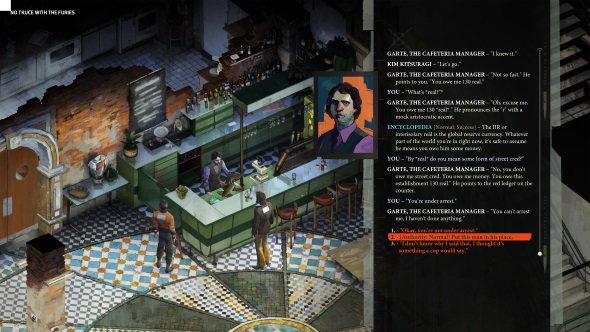 Beyond the thought cabinet, there are several interesting reinventions of long-standing RPG mechanics. Gone are combat and charisma-focused skill categories, and in their place stand a variety of options inspired by police fiction. “We have visual calculus, which lets you reconstruct physical motions,” Kurvitz reveals. “Ballistics and stuff. We also have conceptualisation, which lets you become this True-Detective-style, philosophical cop who has their own cultural analysis going on. Or [you can build] a Lynchian character who has weird visions, which turns out to be a crazy skill that allows you to talk to inanimate objects and pretend they’re alive.”

Despite the Mulder and Scully feel of the paranormal Elysium setting, the game is anchored in the realities of police work. “We had to reimagine how combat is done, because as a cop you can’t go around killing people all the time,” Kurvitz says, referring to the fact that in most RPGs you slaughter enemies by the hundreds. “[Sometimes] you do have to take out your gun, and when you do it has to have way more heft and feel than in an RPG where you’re a mass murderer. [As a cop] you get to kill people, but you really need to go through the scene. We built this set-piece, hand-animated combat system where you only go through two or three turns, they can go in all kinds of weird directions.”

After Divinity: Original Sin 2 released last year, it appeared that we’d finally found the one true direction for RPGs to head in. But with Disco Elysium, Zaum are proving that there’s far more to bring to the table than replicating the limitless creativity of Dungeons & Dragons sessions. With its unflinching approach to politics, bizzare Lynchian world, and thoughtful reapplication of RPG staples, it seems all but guaranteed that Disco Elysium will be 2018’s most fascinating adventure.