Not long now until you’ll get to play Dishonored 2, twice if you know what’s good for you. In the run up, Bethesda are revealing everything they can without spoilers, today showing off some lovely concept art of the sequel’s characters.

For more of Dishonored 2 and Emily, check our Matt’s preview.

We’ve gathered the whole lot in this Imgur album so you can take a look, or have a peek at the highlights below.Within there’s Corvo looking like the most attractive old man you’ve ever seen, Emily and her death stare, Delilah’s best coat and even The Outsider looking creepy and haggard, with all the images below having the bonus of some added commentary from art directorSebastien Mitton. 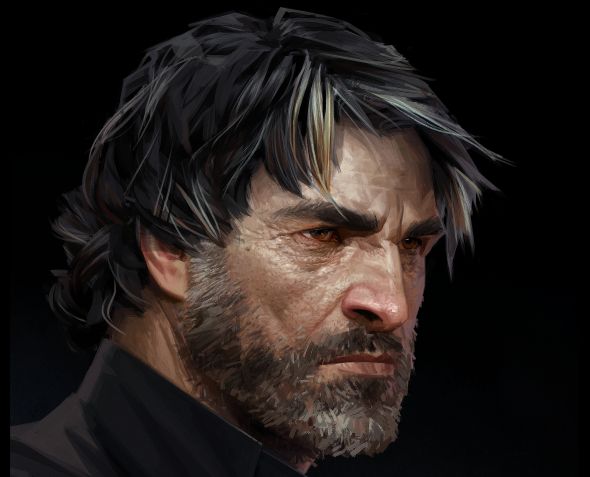 “15 years separate the two games, and our wish was to update Corvo to make him reflect that time has passed, but also maintain some of his iconic look from the first game. Our main focus was on tailoring a new costume that fits his position in society, but also reflects the assassin he becomes once more when the game starts. His coat is well cut and adjusted to allow for greater mobility while he’s using his powers. His mask also got special attention: we’ve changed the material to sewed metal, while the size has been adjusted to his face more closely.”

Many were aghast at the thought of Corvo losing his long locks, but just look at him – he’s magnificent. Anyway, you try going 15 years without switching your style up. He lost his hair and gained a voice, withStephen Russell – best known as Garrett from Thief, or perhaps Detective Valentine from Fallout 4 – providing the vocals. 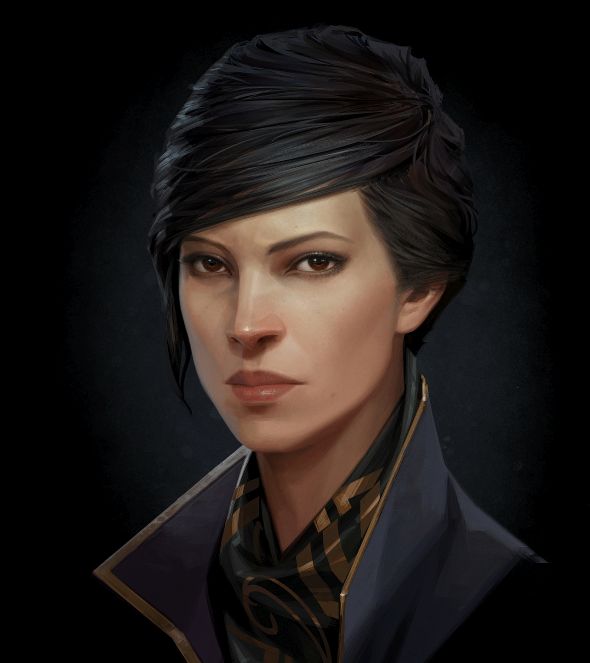 “The team were incredibly excited when we first announced internally that Emily would be the major player in this new opus. We poured all of our love and talent into the design of her look. Part of the inspiration comes from fashion shows and the way tailors work, which lead to this handcrafted costume that reflects Emily’s status, elegance and lethality.”

Emily is rich, but she’ll still murder you – it’ll just be with a bespoke dagger inlaid with elegant designs and forged out of the finest metals. 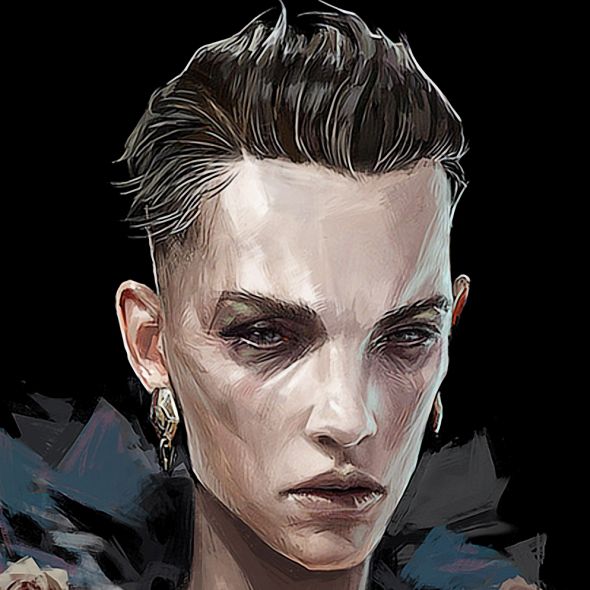 “On our shelves in the studios, in the middle of the books from our master painters, stand a few issues of Vogue and l’officiel magazines with all the fashion shows from previous years. That’s where the inspiration comes from when we tackle specific costumes. Delilah’s outfit was another interesting sartorial exercise for us. We incorporated flora into the costume design – half real, half embroidery.” 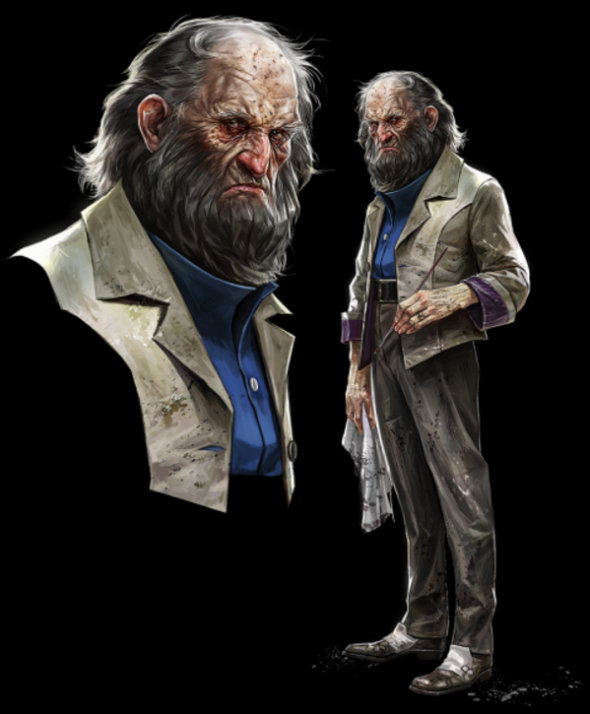 “Inventor, alchemist, mystic, iconoclast and painter. We get the job started with the design of the character, and then it’s up to the modeller, animator, scripter and audio engineer to bring him to life.”

Sokolov was a key player in Dunwall – an intelligent man who painted the aristocracy and invented much of Dunwall’s advanced technology – so it will be interesting to see if he plays a similar role in Karnaca, or if he just shows up during the opening in Dunwall. 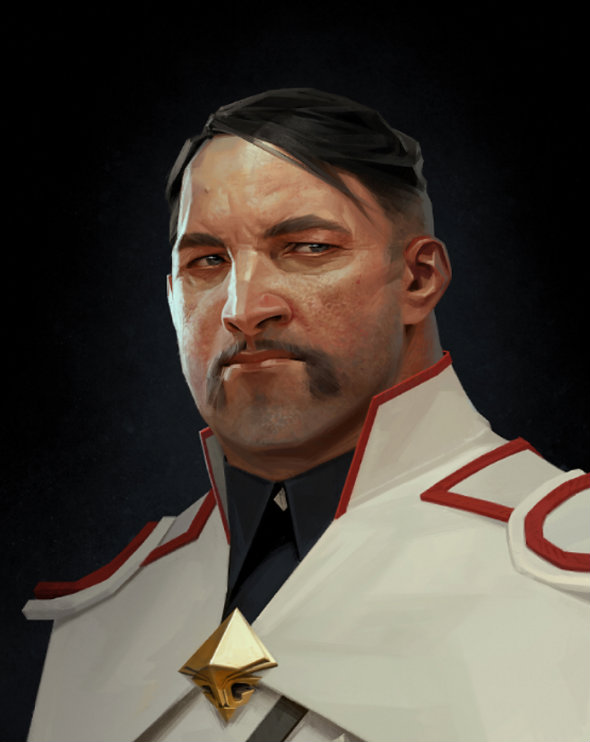 “Luca Abele’s costume reflects his character: It’s authoritative, but tinted with a layer of the grotesque. And it’s hard to hide that we drew some inspiration from Marlon Brando when you look at his portrait…”

It’s safe to say this guy will probably become one of your targets. Will you take him out or find another way? 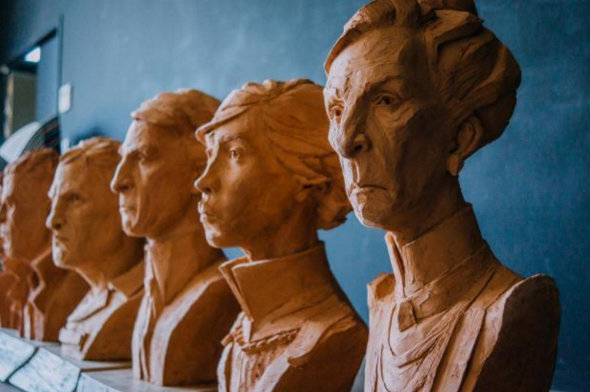 “Clay sculpting allows the artists to set the look and anatomy of a subject after the 2D concept and before the 3D modelling. This saves time for the 3D modellers and helps unify the look of the characters.” 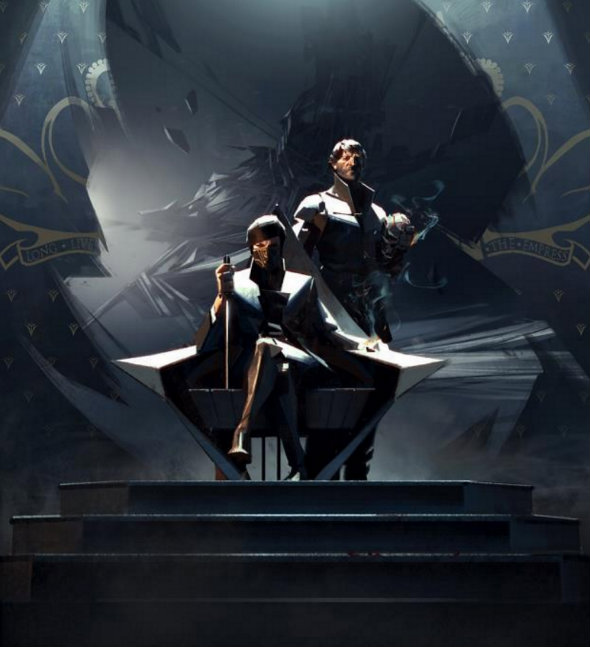 “There’s no bigger excitement in the art department than when we start those illustrations, and it’s enhanced by having great designs in our hands. The real success of an illustration comes when both the content and the realisation are in perfect harmony. Here the bullet points were: Power, Magic, Assassin, Mystery.”