Dunwall is one of the best game worlds ever conceived. It’s a hyper-stylised caricature, part Victorian London, part City-17. The exaggerated art style married to the industrial, dystopian audio created a real sense of place. Where many games aim for realism, Dishonored went for creating something memorable, and it worked.

It looks like we’ll be waving goodbye to the rat-infested cobbles of Dunwall, though, as Corvo and Emily – who will both be playable and fully voiced in the sequel – will be fleeing to the southernmost city in the Empire of the Isles, Karnaca.

You’ll be on the run as a fugitive while trying to track down and kill a bunch of new targets, or ghost past them and find another way to deal with the situation in a non-lethal playthrough.

Karnaca is know in the fiction as ‘the jewel of the south’ and is home to a warmer climate. “If Dunwall was modeled after Scotland and England, Karnaca might be modeled after Greece, Spain or Italy,” says Dishonored 2’s director Harvey Smith. “It’s like southern Europe. There are warmer beaches there and people go to sun and recover their health… Our world is not exactly the real world but it’s kind of like our world in the 1850s.” 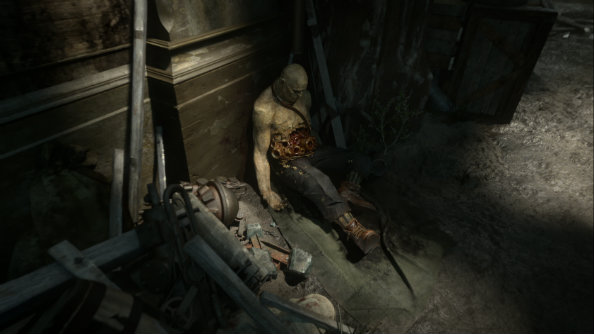 While Karnaca might be free of the rat plague, it’s home to its own horrible infestation of things called ‘bloodflies’. These nest in corpses, so the stabbier you get the more homes there are for these horrible critters. That doesn’t mean you can’t kill, though that’s an option, but you can dispose of the bodies, leaving less bloodfly nests for you to have to navigate around.

Check out the trailer and talk below: