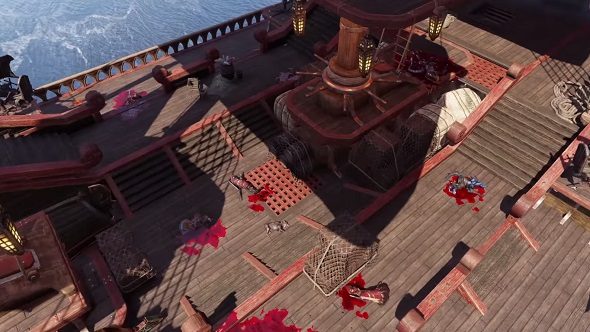 Those lovely RPG makers, Larian Studios, are releasing Divinity: Original Sin 2 properly this September following an extended stint in Early Access on Steam. To be precise, you’ll be able to combine spells with your pals from September 14.

Check our list of upcoming PC games for more.

Divinity: Original Sin 2 builds upon the first game, adding in four-player co-op and even PvP modes where teams can battle over objectives. The first act of this adventure is already on Steam priced $44.99.

To celebrate this full release news, Larian have also put out a patch for the Early Access version, adding new areas and a fresh companion to the roster: a pirate dwarf called Beast. It’s a fitting addition, considering there’s also now a capturable ship called The Lady Vengeance. Oh, that ship can fly too.

Elsewhere, there’s been an overhaul to the crafting system and a rework of companion relationships. The latter governs how characters interact with each other, based on the choices players make.

There’s plenty to tide existing players over until the full release, then. Have a look at all that good stuff in the Kickstarter update video above.