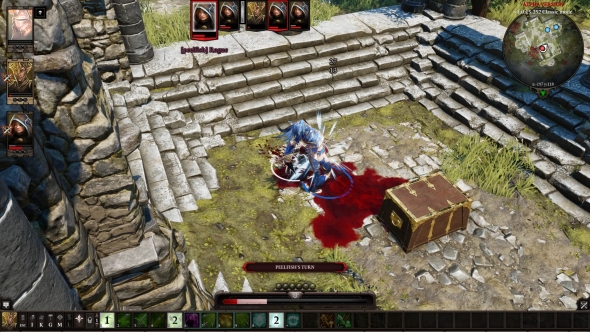 It was revealed at EGX Rezzed some time ago that Divinity: Original Sin 2 wouldn’t have full voice acting, simply because the scope of the game was too great. Because of the number of origin stories available, plus the possible number of characters in each game, it would just be too great of a task to implement. Turns out Larian Studios decided to take that as a challenge, and have no confirmed in a new Kickstarter update that Divinity: Original Sin 2 will indeed have full voice acting.

Featuring over one million words and 74,000 lines of voiced dialogue, each origin story will be voiced, each character in your party will have a voice, and over a thousand NPCs will be speaking to you loud and clear. It took the work of four voice acting studios to get it all recorded, but it looks to be done.

You can watch the full Kickstarter update above, which has more details on the voice acting, the game’s live orchestral recordings, and a hint at how the undead will be relevant to Divinity: Original Sin 2’s storyline. Unfortunately, extra details on the undead are something you’ll have to wait for until next week, on August 31.

On that day, they’ll also be showing what the new Kickstarter backer hoodies will look like, plus what’s in the collector’s edition of Divinity: Original Sin 2 – might want to mark next Thursday in your calendar.