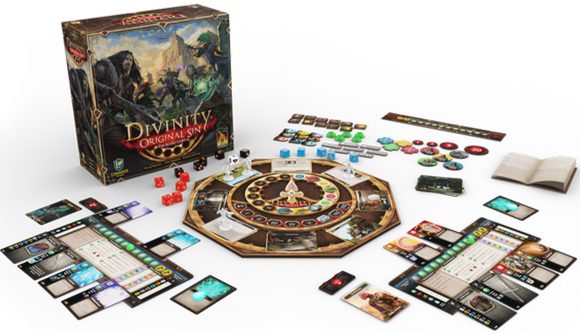 Divinity: Original Sin is quite popular among a dedicated group of role-playing aficionados. Maybe you’ve heard of it? After all, it’s only one of the best RPG games out there. Now, developer Larian Studios is taking D:OS to the physical realm, and has brought Divinity Original Sin: The Board Game to Kickstarter.

And the project is already funded, just four hours after launch. “It took over a year to develop the first prototype and make it to this point,” Larian says in the first post-funding update, “and thanks to you, only four hours to reach our funding goal. But this is just the beginning… well… the middle.”

Now that the board game has already exceeded its $160,000 funding goal – by a lot – Larian and partner Lynnvander Studios are focusing on stretch goals, including new characters, miniatures, cards, and other content. The game had already been funded outside of Kickstarter – something my tabletop-focused brethren tell me is pretty common – but the crowdfunding aims at “expanding the game’s content as well as engaging with community input.”

The four-player tabletop game has your party exploring locations, seeking out loot, and doing battle with enemies with proper RPG mechanics. Your choices will affect the direction of an overarching campaign, and you can turn in your results to the developers – everyone’s choices over time will affect the shape of future expansions, too.

You can get a very silly rundown of the game in the trailer above, or get a much more detailed breakdown via the Kickstarter itself.

In the digital realm, Larian is at work on Baldur’s Gate 3 – and all this lovely fan enthusiasm certainly bodes well for the future of that project.