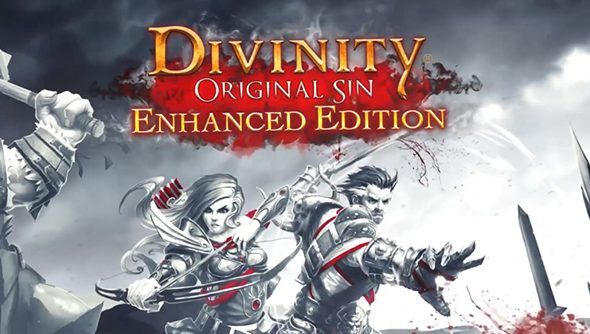 Divinity: Original Sin, which our Jeremy chose as one of the best PC games of last year, is being ported to the Microsoft Xbox gaming console and the Sony PlayStation entertainment cube.

And what matter be that of mine, you might ask, temporarily effecting a weirdly articulated sentence structure. Well I’ll tell you: this new console version massively overhauls everything about Larian’s already outstanding turn-based RPG, and it’s coming to PC too.

What’s more, the colon-encumbered Divinity: Original Sin: Enhanced Edition will be absolutely free for owners of the original game. Hoppity-boppity!

Hoppity-boppity indeed. Here’s a launch trailer for the Enhanced Edition that spins around someone’s living room while showing you all the nice things people have said about the original game so far.

Gamespot is quoted. So is Game Informer. And Eurogamer. And IGN. And Polygon. Are we mentioned? Are we bobbins.

The Enhanced Edition is essentially the result of a patch gone too far, says developer Larian. In development for over a year, the rerelease completely overhauls the game’s graphics, adding a new 360 degree camera as well as introducing an entirely new ending to the story.

DirectX 11 will be supported, and while the minimum specs will increase (and support for 32bit versions of Windows will be dropped), the game’s performance across the board will be improved.

The plot has been tightened up, the ending has been battered into shape, and new locations and quests and game modes have been added. The Enhanced Edition features reworked dialogue and is now entirely voiced too.

“We replaced pretty much every encounter,” says Larian’s Swen Vincke. “Given how much we put in there, I suspect that what we call an Enhanced Edition goes a lot further than what others call an Enhanced Edition. Chances are of course that all those changes don’t make much economic sense but then again, maybe they will. We’ll find out soon enough and for what it’s worth, I’m quite happy about having been able to make all these changes so that we could craft what’s essentially a new and more complete experience.”

The Enhanced Edition will be made free to owners of Divinity: Original Sin, while the vanilla game will continue to remain available to those who are unwilling or unable to make the upgrade.

The developer goes into further detail over on the Larian blog.