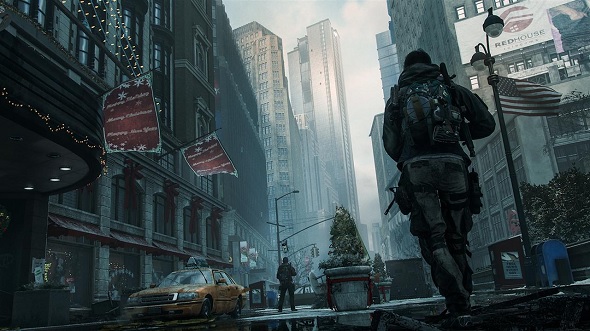 Back in January, five former Ubisoft Massive developers left to set up an indie studio named Sharkmob. They’ve now broken silence on their first project: an ambitious multiplayer game based on a “cult classic” IP.

For more hype fuel, check out our list of exciting upcoming PC games.

The game will debut on PC, with a likely console launch later. CEO Fredrik Rundqvist says the reason for licensing a known IP is to help grow the game into a franchise, supported into the long-term with content updates and live services.

Speaking with GamesBeat, Rundqvist says “we’re not really interested in making a more traditional single-player type of game. What we play privately, the kind of games we love, are very social, very competitive, always multiplayer. The more the merrier. Of course, in our opinion, the pure mechanics of that are not interesting if you don’t have the right IP, the right setting, the right fantasy to get people really excited about the game mechanics we provide. I guess that also gives you a hint as to what kind of game we’re making.”

It’s an ambitious plan for an indie studio of only five people, but Sharkmob have the expertise. Between them, they cover all the core skills of game development, at a senior level, with plenty of expertise in this type of game.

Any guesses on the IP?