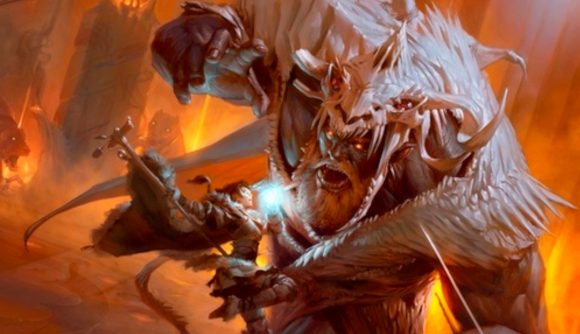 Dungeons & Dragons has perhaps the greatest legacy of any licensed property in videogames, which makes sense, since the entire genre of RPG games traces its lineage back to the tabletop RPG. But for all the genre-defining classics that digital D&D has brought us, there hasn’t really been a successful triple-A take on the property – at least, not in the modern idea of what a triple-A game looks like. Hidden Path Entertainment aims to change that.

Today, the studio announced that it’s working on a “triple-A, third-person, open-world fantasy RPG that will be taking place inside the Dungeons & Dragons franchise.” The news, as noted by Polygon, comes alongside a series of job listings for the project. The description for a writer position suggests that the game will feature “narrative branching” and an “ensemble cast”, as well.

Hidden Path isn’t necessarily the studio you’d expect to be working on a triple-A game, though the company’s catalogue is strong. Hidden Path has put out the excellent Defense Grid games, and worked with Valve on Counter-Strike: Global Offensive.

CS:GO is certainly the studio’s most notable game, though their actual role in its development hasn’t always been clear. As CEO Jeff Pobst explained in a Reddit AMA years ago, “Valve asked us if we’d want to take on CS and bring it to consoles, and we jumped at the chance. We then worked for multiple years, updating, changing and building what would become CS:GO on both PC, Mac, and consoles and together with Valve launched that on August 2012.” (Valve has since, of course, fully taken over CS:GO.)

The cat is finally out of the bag! We are making a AAA, third-person, open-world fantasy RPG that will be taking place inside the Dungeons & Dragons franchise. That's right, friends, DUNGEONS & DRAGONS

Maybe you want to come work with me on that 😉#DnD #dungeonsanddragons https://t.co/jxvIzjsxt1 pic.twitter.com/WdJw5ih6RH

There’s no shortage of Dungeons & Dragons PC games, including promising games like Baldur’s Gate 3. But a big-scale take on open-world games with the franchise sounds pretty exciting in its own right.