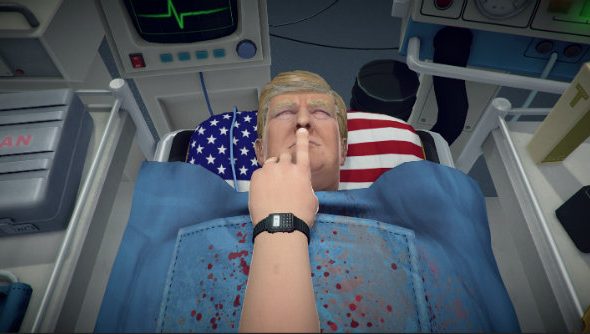 Here in the UK, it’s been known for a while that Brexit and local politics have had some adverse affects on the games industry – HTC Vives went up in price, RP for League of Legends is now 20% more expensive, and Hearthstone packs got a little more costly across Europe.

We’re not the only ones having our gaming negatively impacted from politics, though: over the pond, the Trump administration is responsible for hurting game development, according to EA and Take-Two.

Need something to take your mind off politics? These co-op games might do the trick.

This comes out of a panel held by the 2017 Games for Change Festival that featured representatives from EA and Take-Two. As reported by Polygon, the two representatives say Trump’s presidency is responsible for games companies sometimes struggling to find the skilled employees they need.

Alan Lewis, vice president of corporate communications and public affairs at Take-Two, said that “immigration continues to be a significant issue for companies like ours and the industry at large.”

On top of fighting this issue, Lewis also wants to see tax reforms, stating that “the cost of doing business here in the United States has grown significantly.” Tax laws for international trading are the culprit here, and Lewis wants to see the folks in power rethink how things should work in favour of American corporations.

Craig Hagen, global head of government affairs at Electronic Arts, says that “there is a constant shortage of qualified, high-skilled labour within our industry,” especially as companies are looking for people with more and more specialised skillsets.

Hagen even directly called out Trump’s presidency, and their “short-sighted isolationist attitude” with regards to trade and immigration, but made it clear this was his opinion, not representative of EA as a company.