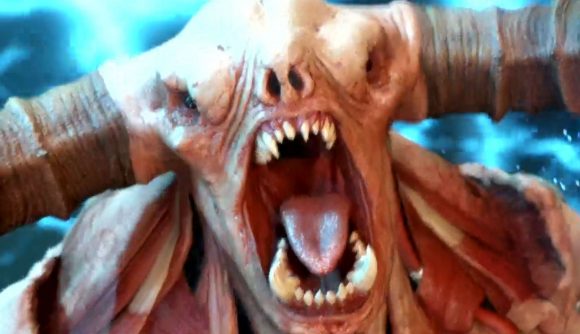 Doom guy likes Animal Crossing? In a bizarre Twitter interaction, it turns out that at least someone running the Doom Twitter account would really like to see a documentary on the production of Animal Crossing.

We all know Animal Crossing’s furry friendly faces, especially Isabelle, the internet’s one true love. But when NoClip, a crowdfunded media company headed by videogame journalist Danny O’Dwyer, asked what its audience wanted to see next, there was one unexpected yet heartwarming answer. The Doom account formally requested Animal Crossing.

Noclip posted this tweet with pictures of four upcoming games including Final Fantasy VII Remake, Cyberpunk 2077, The Last of Us: Part II and Doom Eternal. The tweet asked what 2020 game Noclip should do a documentary on, perhaps anticipating that the games in the tweet were the ones likely to be requested. And the Doom account, ignoring its own inclusion, subverted all our expectations and responded with Animal Crossing. Adorable.

No stranger to fun, the Doom twitter account has in the past flirted with Netflix. Fair warning, within the flirting context perhaps the tweets aren’t suitable for work.

But those tweets, of course, are all jokes, and perhaps suggesting Animal Crossing for the lineup is too. But I unashamedly admit that I’d love to see Danny O’Dwyer talk about Tom Nook at length.

Doom Eternal, of course, is set to be released this year, on March 20. It has been, in the past, delayed so that the team could polish it to the level they desired. For now, you can read all we know about the next Doom game – just please excuse me while I write fan fiction of Isabelle beating up demons.