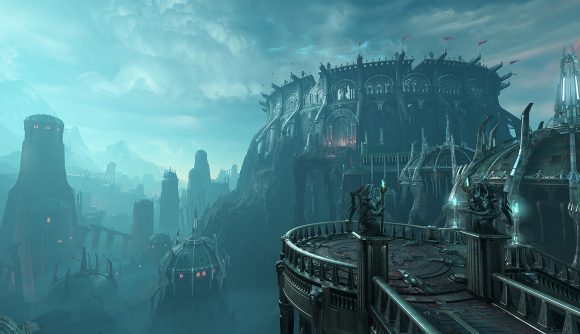 The focus for today’s Doom Eternal reveal was squarely on the campaign, but the previous game bolstered that with SnapMap – a set of level creation tools that let you build levels out of prefab parts. The feature wasn’t as deep as it could have been, though it did allow for some fun creations. But id has decided to cut SnapMap this time around and focus on more substantial helpings of extra content.

“Right now we don’t plan on bringing SnapMap back into Doom Eternal,” director Marty Stratton says in a Q&A roundtable. “We’re really focusing those resources on doing some of the things that players wanted more from us post-launch.”

For many players, that was additional campaign content, and Stratton says that’s a big focus this time around. “One of the big criticisms – and even if I could go back and do it again – I think we’d do campaign DLC after launch. People really wanted that. They wanted stuff created by us. SnapMap was really cool. I loved it. But it didn’t really scratch that itch for people. But we know we can.”

Given how Doom 2016’s campaign outshone every other part of the game, id is putting its resources in different places this time around. “You’ve always got a little pile of chips, as we call them. You’ve gotta place your bets. This time around we’re gonna bet on ourselves, and making content that we know people want – because they’ve asked for it a lot since 2016. And that’s what a lot of those resources are going to go towards.”

Stratton points to Doom Eternal multiplayer as one example of how the developers plan to extend the game’s life past launch. There’ll be more than just invasions, with a traditional multiplayer component in development internally. Keep an eye out for the Doom Eternal release date, and stick with us for all the details as we find them.