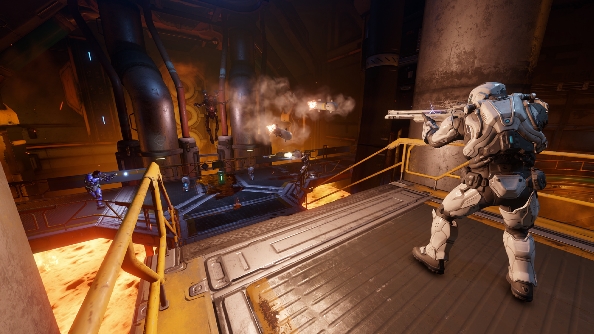 Doom currently has no support for private matches, but that’s due to change this summer thanks to an update that will allow invite-only matches to be hosted on id’s dedicated servers.

Shower in a fountain of gibs with the best FPS games on PC.

“We are already working on private matches with custom game settings and expect to include that in a free update this summer” said executive producer and game designer Marty Stratton during a conversation with Eurogamer.

During Doom’s alpha phase, curious players discovered that the game’s multiplayer could support private matches, provided it was launched with special commands. People expected that this hidden part of the alpha would be a main feature in the retail release, but alas it was nowhere to be seen.

Private matches will be a part of the game soon though, although they will be hosted on the official Doom dedicated servers, rather than private servers. At first they will be supported by an invite system, but there’s potential for change later on.

“We feel like this will meet the greatest immediate needs of most players, like those wanting to use private matches to avoid cheaters, play exclusively with friends or setup competitive options,” said Stratton of the invite system. “However, we are also still considering the features and benefits of a more traditional match browser.”

Further supporting the feel of classic 90s multiplayer, Stratton also explained that bots could be added to the game later on, both for multiplayer and SnapMap. The bot system has been written by John Dean, who previously wrote bots for Enemy Territory: Quake Wars and the Return to Castle Wolfenstein Fritz bot. Currently he’s lead on SnapMap though, so “very busy”.

Do you think these are the elements missing from Doom’s multiplayer that’s preventing it from becoming an instant hit online? Let us know in the comments.