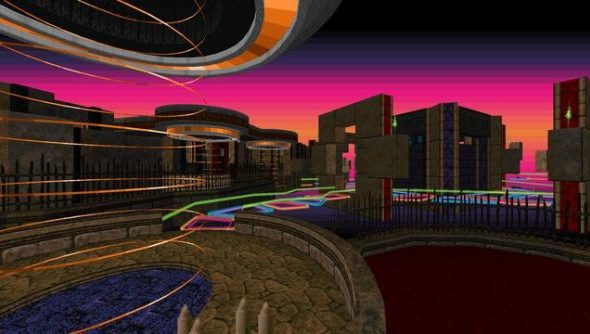 Doom mapping is a massive, still pumping engine of productivity. Despite the mechanics behind the original and its sequel being over 22 years old and even getting it to run these days requiring more engine hacks and custom coding than most full games, the fanbase is loyal enough, the mappers skilled enough and the game just damn good enough that new WADs are coming out all the time. Some of the best are put together by Paul ‘skillsaw’ DeBruyne, and yesterday he released his latest megawad – a 32 map long campaign – called Ancient Aliens, developed with the help of several other mappers. It’s totally free, assuming you own Doom, and it’s probably brilliant.

Definitely one of the best FPS games of all time – probably the best? There’s nothing like Doom.

You can download the full thing over on the Doomworld forums, as well as see some more gorgeous shots of what they’ve managed to make Doom look like with custom texture work. Getting it running is a little harder than it should be, but you basically need copies of Doom and Doom II – they’re on Steam and doubtless elsewhere – and zDoom, an updated version of the engine that lets all this magic happen. Follow the instructions and it shouldn’t be too difficult to get it working.

Fully 24 of the maps were designed solely by Skillsaw, who also had his hand in a few of the others. Additional mapping was done by AD_79, esselfortium, Joshy, lupinx-Kassman, Pinchy, stewboy and Tarnsman. If you’re thinking ‘how much better can these be than the base Doom/Doom 2 maps’ know that I was right there with you before getting really into the scene last year – it is truly amazing what the right hands can do with these tools, and you’re in for a hell of a time if you’ve never played a decent WAD before.

I am assuming, of course, that this is of equal quality to Skillsaw’s other work, and reactions in the thread would suggest so. I’d highly recommend giving Lunatic and Valiant a play, also by him – they’d be on any personal lists for best games I played last year. Hopefully these folks, especially Skillsaw, make the trip over to nu-Doom’s Snapmap, at least for a while, and show us what they can do. Sadly, so much of their work depends on manipulating the easily-modifiable code of a two-decade-old engine that they might find the restrictions of Snapmap and difficulties of modern development get in the way.