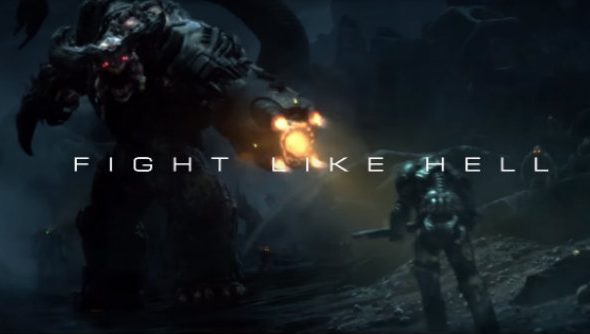 Bethesda have released a minute long trailer that converts the speed and brutality of new Doom to live-action, and it’s kind of brilliant.

There’s a very real chance we could end up with two entries for Doom in our best FPS list.

The trailer is headed up by Oblivion and Tron Legacy directorJoe Kosinski, and still it somehow manages to be much better than the Doom movie, despite that being directed byAndrzej Bartkowiak, the guy behind Speed and Lethal Weapon 4. As we all know, those two films are much better than Kosinski’s.

It manages to capture the speed, brutality and carnage of Doom, showing generic marine man mowing down legions of demons, dodging rockets, vaulting railings and generally throwing himself through the environments like a murderous marathon runner.

There’s everything you’d expect – right down to the rocking guitar riff overlaying the whole thing. It’s a bit light on the gore, mind. I take it Kosinski wasn’t one of the idiots whooping in the crowd at the violence in the E3 gameplay demonstration.

Have a watch here: