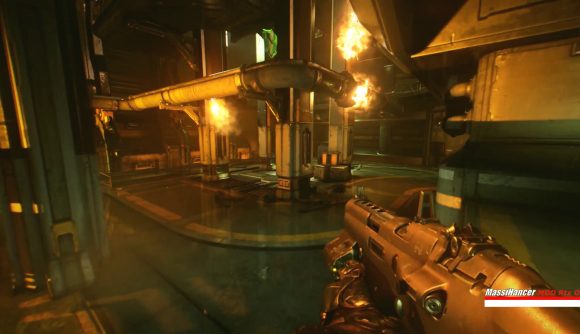 With Doom Eternal’s release date being pushed back from late 2019 to March 20, 2020, how are we supposed to get our Doom fix? With Doom 2016, of course. And what better way to keep our appetites satiated than a new mod offering ray-traced graphics?

Because of excitement caused by the upcoming release, now is probably the time when people will be wanting to replay the 2016 Doom remake. Thanks to homebrew modder MassiHancer’s new photorealistic ray tracing graphics mod, you’ll now be able to do this in much greater style. And come on, don’t tell me you’re not excited for ray-traced giblets flying across your screen as you jump and climb your way across the demon-ridden hellscape.

This mod is currently a work in progress, but hopefully when it’s finished we’ll be able to play Doom the way it should be played. This all depends on when Pascal Gilcher’s ‘RT shaders,’ which are currently only available through their $5 or $20 Patreon packages, come out of beta and offer better stability and performance. Only once this happens will the mod be available for download, MassiHancer tells us. Once the mod’s ready for download, a video tutorial will be made showing people how to use it.

The mod’s demonstration video mimics Bethesda’s 2015 E3 Doom showcase – which the creator took as inspiration for the mod – but this time with graphics that they say make it look like a “true next-gen game.” I agree – the graphical improvements that this mod provides makes Doom 2016 look like Doom 2020. Better lighting and reflection technology has possibly been the biggest improvement in graphics over the past couple of years, and while unmodded Doom is still very graphically impressive (and especially so given its performance), it does show its age versus the latest and greatest triple-A games.

In order to replicate the photorealistic ray tracing in Doom and achieve this ‘Doom 2020’ effect, MassiHancer added “many more details and reflections,” as well as “filmic effects and volumetric smoke” and “soft shadows thanks to the use of Global Illumination (or RT Shaders from Pascal Glicher).” The post-processing injector program Reshade was used to achieve ray tracing through Pascal Glitcher’s ‘RT shaders’ functionality, which is currently in beta.

The creator told us that in the few days they spent producing the mod, they added “custom and old shaders to the last version of Reshade, 4.5, making a complex layer of tonemap and effects that allow you to get a true Global illumination, and also many of the Filmic effects present only in the E3 footage.” They also point out that the reflections, in particular, are better in their version and run in native 4k resolution without aliasing.

Graphically, this mod is comparable to a fully RTX compatible game, but MassiHancer rightly points out that games with native support for RT through Nvidia’s Tensor Cores will be better performance-wise. They clearly know what they’re doing, though, which is something that only happens through experience. Indeed, MassiHancer has made graphical mods for many other games such as Star Wars Battlefront (which you can view on their YouTube channel), and intends to make many more. 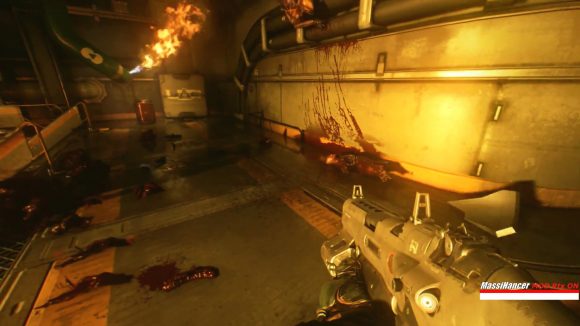 Hardware-accelerated ray tracing (in combination with conventional rasterised rendering) is currently only being offered by Nvidia Turing and Pascal GPUs. While some of the best graphics cards of the current generation – those using Nvidia’s line of Turing RTX chips – are designed and well-equipped to handle ray tracing on their Tensor cores, previous-gen Pascal GPUs are not as well-equipped in this regard. Given this, if you want the full benefits of ray tracing without it tanking your frame rate, you’ll want to use a current-gen Nvidia RTX GPU.

This advice might change in the not-too-distant future as the shadow of AMD’s ‘Big Navi’ looms over us. This ‘Nvidia killer’ GPU will sport AMD’s latest RDNA 2.0 architecture and is rumoured to support ray tracing, ensuring it will rival Nvidia’s high-end cards like the RTX 2080 Super. AMD has already confirmed that it will be releasing ray tracing graphics cards in 2020, and it would make sense for ‘Big Navi’ to make an appearance among the bunch.

Whatever the case, ray tracing is definitely set to be a graphics technology of the future – one which will likely become par for the course over the next few years. And what better way to get started than by playing Doom in full ray-traced glory? Well, maybe by playing Doom Eternal, but there’s still a few weeks to go until we’re crushing skulls in that title.