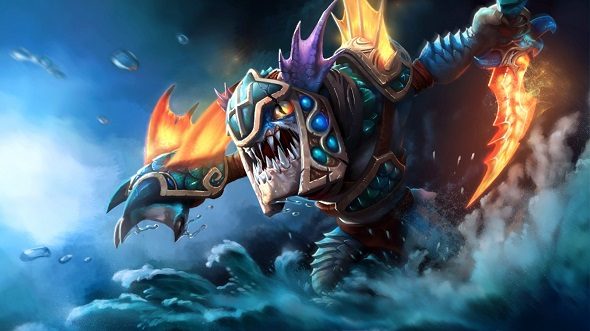 Dota 2 and I have had an ‘on again, off again’ relationship for years now. I racked up 500 hours after first jumping into the game, quickly discovering my favourite heroes and roles to play – I got in deep. As I played my heart out, what kept me going was seeing my skill at the game increase – until it plateaued. The initial thrill of Dota 2 dissipated for me when I realised I just wasn’t improving any longer. After that, I hardly played for almost two years.

The struggle to get back into Dota 2 isn’t helped by the fact that each match takes around an hour to complete. This is a monumental time sink when you’re not confident in your play. I thought this issue would be resolved when, in late 2017, Valve launched Turbo Mode – a new Dota 2 match type in which you’re given extra gold per minute and lets you buy items without visiting a shop. This quick, casual mode helped but didn’t hold my attention for long.

Dota 2 sits among greats as one of the best MOBAs on PC.

Forget Turbo Mode, then: if you want to get back into Dota 2, the solution is found in The International 2018’s season pass. It gives you access to a new minigame called Cavern Crawl, which takes place outside of normal Dota 2 matches but is driven by your victories in them.

You’re given 12 random heroes – four in each role – and when you win a Dota 2 match with one of those heroes, they progress along a path through a randomly generated cave on the Cavern Crawl screen. You can earn a reward by reaching the end of a path, with new paths also opening up that can only be travelled down by winning a match with a new hero. This ultimately culminates in an exclusive reward for one of three heroes in that role, obtainable only through Cavern Crawl. 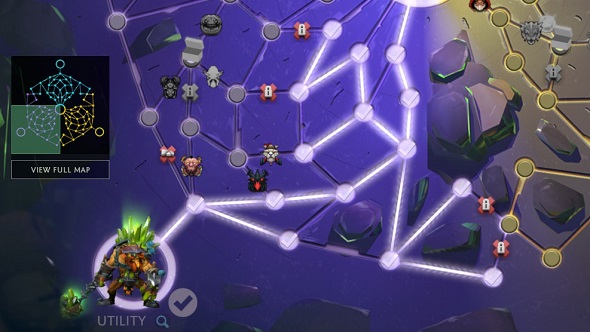 Naturally, my friends convinced me to descend into Cavern Crawl’s madness for rare items and cosmetics. This meant that 1) we played solely Turbo matches to get it over with, and 2) we all played heroes we weren’t used to. We didn’t have a great start. Among my early heroes were Underlord and Outworld Devourer, two characters that I’d never given a fair shot. But the Crawl and its riches demand you to soldier through this discomfort. Turns out, this is exactly what I needed.

Not that I enjoyed sucking at new heroes. I missed kill-oriented heroes like Juggernaut, the straightforward sword-wielder, or Bloodseeker, the quick, bloodthirsty assassin. I didn’t take an immediate liking to Alchemist, a hulking brute focused on gold farming. I especially hated that I was constantly fighting against weird enemies like Riki, the invisible trickster, or Bristleback, the agile tank. I just wanted some rewards, and the loss streak was reminding me why I quit Dota 2 in the first place.

But, somewhere along the way, Cavern Crawl changed my mind. Perhaps I had a good Alchemist game where everything just came together for once. Perhaps my friends helped me roll an easy victory. One way or another, within time, I was enjoying that I had a good reason to try new heroes again. 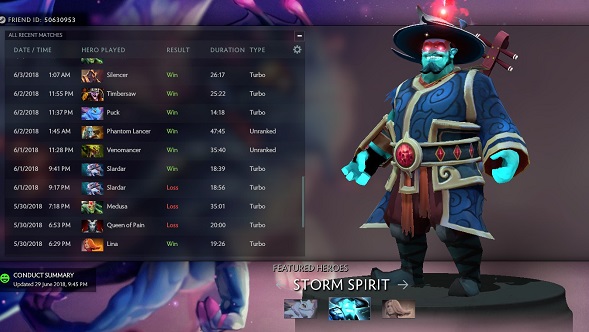 As a beginner, Dota 2’s skill curve is scary – it forced me to learn a small handful of heroes and get good at them. I never really branched out. It led me to a realisation: I was never good at Dota 2, I was just decent at playing Juggernaut and Bloodseeker. It makes sense that I’d stagnate and lose interest after a while, limiting myself like this. I was continually playing the same heroes. That’s bound to get boring.

With Cavern Crawl, though, I find myself constantly experimenting with item builds, testing my knowledge of the shop against the opposing lineup. Will I need a Black King Bar to negate the magic damage on the enemy team? Do they even have magic damage? Can my hero realistically get enough gold for it? Would I be better off buying a Pipe of Insight?

My mind now also races as my team scrambles to pick heroes at the start of a match. Rather than picking the same ones, I take the time to consider which hero would work best against the enemy lineup, while trying to keep that selection limited to my roster of Crawl heroes. If we need some mobility and initiation, maybe I can grab Puck. Perhaps we need some lane-push in Luna. 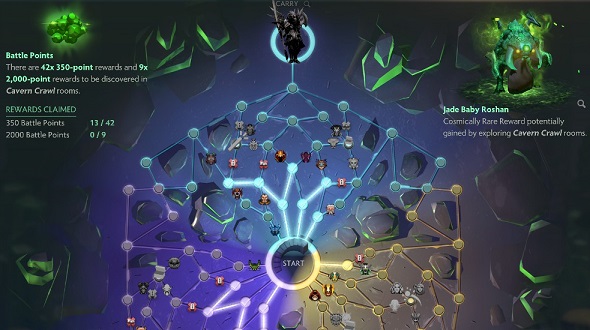 On top of that, the quick pace of Turbo Mode forces me to pay close attention to the minimap, more so than before. With such quick gold swings, one missed gank could spell the end for my team. In response, I’ve worked on keeping lane creep equilibrium and finding better farming patterns, so that I end up where I believe my team will need me most. These are all parts of the game I simply didn’t think about before my latest Dota 2 stint, yet, I now understand how important they are.

Cavern Crawl and Turbo Mode combine to create the perfect sandbox for both teams to mess around in. Yes, Turbo leads to quicker matches. But Cavern Crawl is why I play more of them, which means that, in a short amount of time, I’ve been properly reacquainted with Dota 2. Not only am I reminded of most heroes’ and items’ tricks, I’ve begun to learn new ones. Cavern Crawl makes Dota 2 fun to learn again. I’m excited to be back.