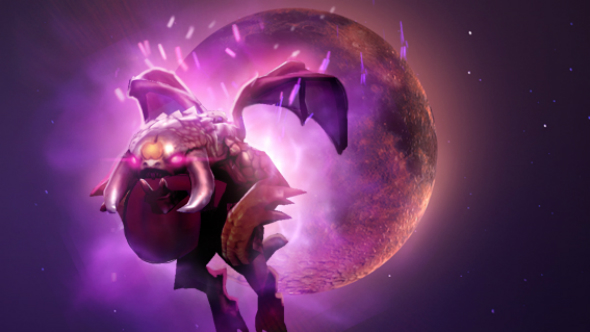 Blizzard have already begun their Lunar New Year celebrations, so it’s only natural that we see something from Valve’s monolithic MOBA. Granted, the new limited-time event Dark Moon sounds too foreboding to be a celebration, but it does have moon in the title, so we’ll take it. The event is already live and will run until 7 February, which gives you ample time to check it out and hunt down some of its new treasures and cosmetics.

New to the game and want a helping hand? Have a look our guide to the best Dota 2 Heroes for beginners.

So what have Valve added in the Dark Moon event? The sole focus seems to be on a new PvE horde mode where players band together in groups of five to defend Selemene’s temple against the advancing Dark Moon Horde. Selemene will of course reward you for your efforts with Dark Moon points, which can be used to spin the Reward Wheel. The potential outcomes from the Dark Moon Reward Wheel are pretty extensive, but the main thing players will be aiming for is an “implausibly indescribably-rare Immortal Dark Moon Baby Roshan courier of peerless origin”.

There are also daily rewards and multipliers that will run throughout the event, essentially adding incentive to players looking to sink serious hours into the event. To know what you stand to win during the event, check out this comprehensive rundown of what the Dark Moon Reward Wheel might spit out.

Valve even gave a bit of lore insight to the update in their announcement post. “For millennia, the warriors of the Nightsilver Woods have stood vigilant against vile forces intent on the advent of a Dark Moon, earning both title and divine charge in sacred defense of the Goddess Selemene. But now, as the night of the new moon falls, Selemene’s chosen lie helpless behind her temple walls, victims of an arcane slumber that has left the temple grounds undefended.

With Selemene’s influence at its weakest, and twisted shades of the familiar creeping across her domain, the Moon Goddess beckons five new protectors to stand in the stead of her champions against the corruption of the Dark Moon Horde. Will you be one to answer the hallowed call?”

Only a few heroes can be picked for this event, and some of their abilities have been altered just for this event. So if you are going to answer Selemene’s call, be warned: your Heroes might not seem themselves.