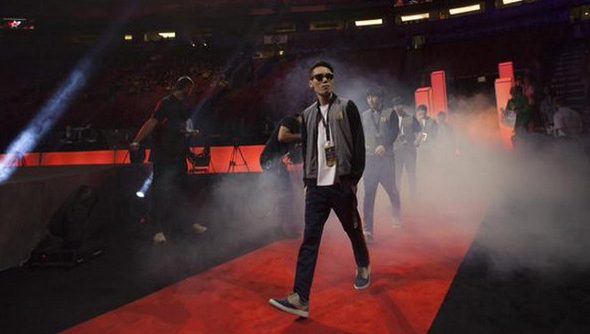 Two shocking things happened at The International on Thursday. The first is that viewers were treated to an extended collective hallucination where it appeared that 20 players were all playing in a single game of Dota at once and nothing made any sense anymore. The second shocking thing was that apparently the vision was real: Dota 2 Reborn is getting 24-player multiplayer as a custom game option (thanks in part to the updated Source engine).

Call it Valve’s answer to Riot’s Ultra-Rapid Fire mode: 20 player Dota is every bit as crazed as you might expect: the normal game dynamics and matchups are out the window as every fight dissolves into a festival of ultimates and AoE attacks and chain-stuns. It didn’t help (or perhaps helped in all the right ways) that the game was played with ten random members of the live audience and ten pro players, all of whom were thrown together with no warning.

The mode will apparently be available to the public next week.

Match of the Day: VP vs. Team Secret

This one wasn’t even on my radar. VP had not looked good at all during their series against CompLexity, and they were going up against on of the strongest teams at this tournament in Team Secret. At first everything started as expected and Secret took a routine Game 1, but then their Game 2 draft of Luna left the door open for Ilya “Lil” Ilyuk to drive a Visage straight through it and wreak havoc on Secret’s barracks.

With that, the stage was set for a bonkers game 3.

Secret’s plan was to get Arteezy super-fed and protect him from ganks so that he could explode in the mid game and carry the team to a win. But VP’s Storm Spirit and Lina were giving him fits, while Secret’s Gustav “s4” Magnusson was giving up kill after kill to VP and letting VP start to snowball. Before too long, Secret were desperately trying to hold their base and hoping that VP would choke away their endgame as they so often did.

But the hope was a vain one. VP kept poking at towers and barracks, then backing away to heal and farm while ever-greater numbers of mega creeps started coming down the lanes at them. Arteezy’s Shadow Fiend was everywhere at once trying to keep Secret alive, but with the high ground lost and Secret curled into a protective ball around their base, it was game over for one of the tournament favorites and a stunning upset for Virtus.pro.

MVP’s magical International run reached its end against Vici Gaming, who defeated them soundly in the first game before MVP essentially conceded the second game with a disastrous draft that left Vici’s lineup with all their best heroes as well as a Broodmother who spelled doom for MVP’s Naga Siren. In terms of both strategy and conception, MVP had run up against their limit.

It was a disappointing ending to what had been a great tournament showing, and a final effort from team captain Park “March” Tae Won, who has been a cornerstone of the burgeoning Korean Dota scene. With military service now coming due, March will depart the game he loves and it will be someone else who creates Korea’s first International winning team.

Vici are looking scarier and scarier down in that lower bracket. Whatever issues contributed to their lackluster group stage, they seem to have been solved. They’re outpicking and outplaying their opponents, and while MVP practically spotted them a win, EHOME was a much tougher opponent that still couldn’t stop Vici, even when they correctly identified what Vici were up to. They did what almost nobody else has been able to do when they neutralized EHOME’s Cty, while they collectively put Hao so far ahead that he was essentially unstoppable in the mid and late game.

They didn’t look flawless, and they botched some major engagements that could easily have turned the game against them, but on balance, Vici look like a finalist.\ 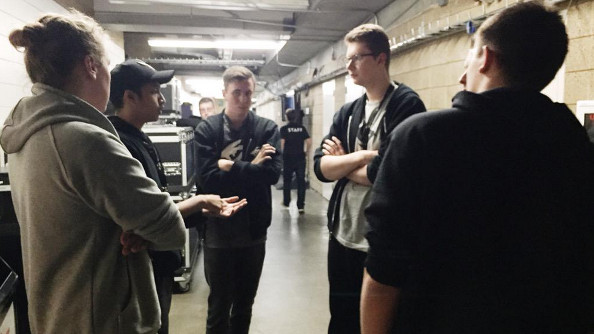 Early in this tournament, teams were able to mount major comebacks via tough defensive play around their Tier 3 towers. It’s how LGD resisted Empire’s strong early surge, and it’s how EHOME frustrated and then defeated Team Secret.

But here on Day 4, it was the aggressive early and mid-game composition that reigned supreme. The teams that are left at this stage of the International are too good, too cool to throw their games away by diving a barracks. When Secret fell behind VP, VP just shut them down. When EHOME tried to outlast Vici’s Anti-Mage, they ended up getting rolled up like a carpet. Dota 2 has a lot of comeback mechanics, but with composition this stiff, they’re not swinging games the way they were on Monday and Tuesday.

Who knows anything about Dota anymore? What good are predictions? Tomorrow starts at 7 PM UK / 2 PM Eastern with Virtus.pro, who were supposed to lose to Team Secret, and LGD, who were supposed to defeat CDEC. So on paper you’d have to say that LGD should be a heavy favorite to win that game, except that this tournament is being particularly unkind to favorites. If Virtus can manage another upset, they will be on their way to face Vici for a ticket to the lower bracket final.

The day ends with the match between CDEC and Evil Geniuses to determine who goes through to the final and at least $2.8 million guaranteed prize money. CDEC have come out of nowhere to become the Cinderella contender at this tournament, but on the other hand, Evil Geniuses have been the only frontrunner to deliver on their promise. The two teams split their series in groups, so this is probably a match worth losing sleep over for EG.