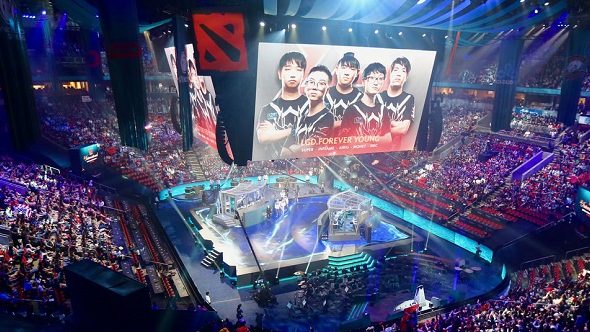 There’s no denying that pro gamers possess an incredible degree of skill, but do they have what it takes to beat robots? OpenAI, a research lab founded by tech billionaire Elon Musk, is determined to find out, having developed a team of AI agents with the goal of beating the top 1% of pro Dota 2 players at this year’s International.

This is not the first time OpenAI has ventured into the world of Dota 2. Fans may remember that last August, one of the lab’s bots took on a professional player, Danil ‘Dendi’ Ishutin, and beat him in a 1v1 match-up.

If your puny human mind can’t handle the complexity of Dota, check out our other best MOBA games.

This new AI squad marks a big step forward for the complexity of OpenAI’s creations, given the vast number of variables produced by playing against a team of five, not to mention the coordination that is essential for the AI team to function at all.

Elon Musk has stated that videogames are more complex than the board games that have been used in the past to test AI systems. This is undeniably true, as the Dota 2 bots are tasked with processing 20,000 data points and up to 1,000 possible actions at any given time while in game.

The sheer number of decisions required to process a single game of Dota far exceeds that in the average game of chess. Games like Dota and StarCraft II present scenarios in which long-term planning is essential, and, unlike board games, much of the vital information is kept hidden from players. This means that succeeding in the game requires an unprecedented level of imagination and intuition from the bots.

It’s this immense complexity and asymmetry of information that makes Dota 2 an ideal testing ground to develop AI that could help with real-life problems.

So how did a lab train a bunch of ones and zeroes to defeat real-life MLGs? It starts with a method of machine learning known as reinforcement learning. Under this method, AI agents are placed within virtual environments in which goals must be achieved through trial and error. Programmers set up ‘reward functions’ to activate when the bots achieve a goal, like destroying an enemy (kind of like in a video game).

Speaking with The Verge, OpenAI’s co-founder Greg Brockman breaks down the staggering amount of virtual time the bots spent running through these scenarios and his explanation is sure to fry your head, beginning with the fact that the bots would train for 180 years of in-game play per day.

“It starts out totally random, wandering around the map. Then, after a couple of hours, [the bot] begins to pick up basic skills,” says Brockman. “If it takes a human between 12,000 and 20,000 hours of play to learn to become a professional, that means OpenAI’s agents play 100 human lifetimes of experience every single day.”

If Musk’s systems can defeat the world’s top team, then we could be closer to a full-blown robot apocalypse than previously thought. I, for one, welcome our new robot overlords, and will most certainly not be challenging them to a round of Dota anytime soon.