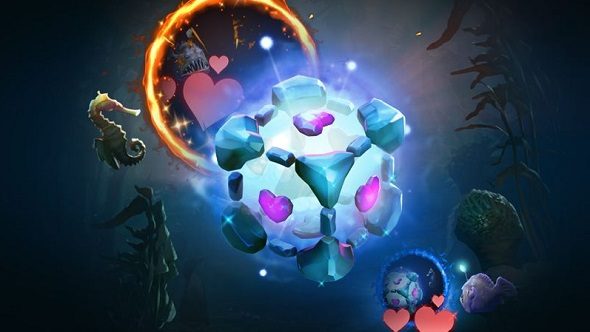 New to Dota? Have a gander at our list of the best beginner heroes.

Named the ‘Benevolent Companion’, this Arcana transforms the formless blue wisp into the famous Weighted Companion Cube from Portal. Along with the obvious cosmetic change, this Io Arcana gives the blue orb new ability animations, custom sounds and even a special death effect. You can see all of the new animations in the video above from DotaCinema but just know, Io’s Relocate has it travelling through portals to a new location.

To unlock this friendly Arcana, players must get to rank 245 on this year’s Battle Pass. Similar to the Kunkka Prestige item available at rank 225, you are not able to trade or market this item once it has been unlocked. Much like the Companion Cube in Portal, you must treasure your Io Arcana at all times, as you never know when you may have to sacrifice it to a murderous AI.

You’ve got until the end of the International to claim this Io Arcana before it disappears into the aether. There is also still time to help decide this year’s Arcana, so get voting to see your favourite hero get a new skin. The winner of last year’s vote, Juggernaut, only received his TI6 Arcana back in March so you’ll have to wait a fair while to see the fruits of this year’s vote.