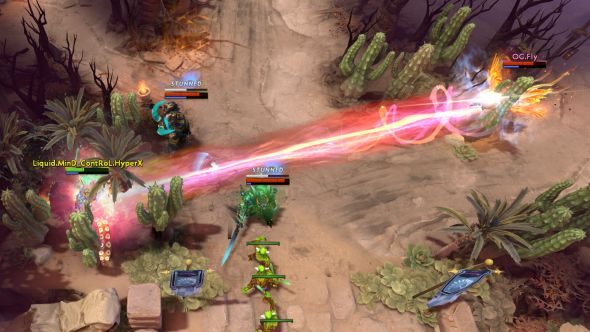 Another Dota 2 patch has launched, seemingly as final prep before ESL One Gentring which kicked off earlier today. This focuses on a batch of bug fixes, making the UI perform better, adding a few new cosmetic items and getting rid of Roshan’s Santa hat. Poor guy.

For the tremendous list of Dota 2 bugs still to fix, have a look there.

While many of the changes are pretty minor, a few have been highlighted by the community strongly. There’s also at least one user reporting they got a large fps boost when installing the patch, possibly due to optimisation improvements made to the UI.

There’s also a couple of additions, changing how miss notifications work for hitting targets with evasion / shooting uphill and fixing various problems with the pick phase.

This Reddit post has further details that weren’t in Valve’s announcement. There’s also some additional Source Film Maker improvements, for the creators out there.

Expect the patch rate to keep steady for a little while in the early months of the year, eventually dropping off as the bug list does. The creator of the bug list says that the list will be updated with these changes taken into account.

Do check out ESL One Gentring. Day one is just about wrapping up now.