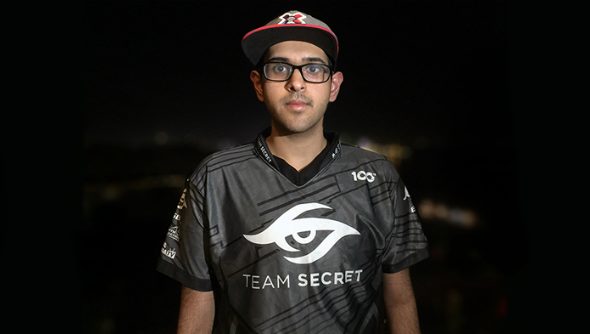 There’s still a couple of days until the victor of Valve’s Dota 2 Manila Major is crowned, but we already know who the real winners are: popcorn vendors.

Need a cheap game for the summer? Here are the best free games on Steam.

With three days left until the grand final, and already out on the sidelines, Team Secret and Evil Geniuses have begun swapping players in a bid to reclaim glory.

After disappointing first-day exits for both teams in the lower bracket, it was obvious something isn’t right with their current line-ups and both have opted for single-player changes (so far).

Secret’s Team Director Kemal Sadikoglu made the announcement on Twitter that Universe had “abandoned” his team:

Arteezy looks to be staying put, howeverKanishka ‘BuLba’ Sosale,brought in by EG to replace Universe, will now be making anotherreplacement journey to the Secret camp.

It is not yet confirmed that Universe will make the reverse trade to EG, but it seems extremely likely given they are missing an offlaner and his previous history with the team.

Rumours also abound that Kurtis “Aui_2000” Lang will be removed from the EG squad having only just been drafted back in to replace Arteezy – whose recruitment caused Aui’s initial removal from the team after last year’s The International. This would make space for Ludwig “Zai” Wahlberg to rejoin the side having spent the last year finishing his high school studies.

This convoluted mess of musical chairs will mean both teams have broken their locked rosters for the Valve Major system, which was finalised before Manila and remains in effect until after The International this August.

As a result, both will forfeit any potential invites they had to the competition itself or to regional qualifiers and be required to go through the open qualifiers, unless Valve intervenes for a special case.

With The International prize pool having just broken the $11 million mark, forfeiting invites is a massive risk for both teams, and indicative of how badly team cohesion had broken down.

The Manila Majors continue tomorrow morning as Fnatic, MVP Phoenix, VG.Reborn and LGD Gaming fight to remain in the tournament, while OG and Newbee clash for the first Grand Finals spot.