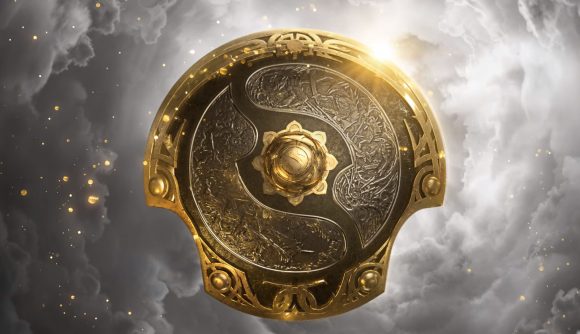 The 2020 edition of the Dota 2 International, the MOBA game’s biggest annual tournament, might have been postponed due to the ongoing COVID-19 outbreak, but Valve still has a hefty battle pass packed with new content for fans to sink their pearly white teeth into. This year’s Dota 2 International pass has landed, bringing a hearty batch of new features and rewards to the game.

As posted by Valve on the multiplayer game’s site, there’s a huge new feature in the battle pass: Guilds. “There’s nothing more satisfying than smashing an Ancient with a great group of friends, and then doing the same thing again and again,” the studio posts. As you’d expect, the new feature lets you group up with a bunch of pals to “ensure that you always have the right team at your back on that road to victory”.

The all-new feature offers daily contracts, challenges, and even a chat system via Steam for your Guild. Earn points as a Guild and you’ll get access to special rewards, like “emoticons, bonus challenges, in-game Guild Banner upgrades, Battle Pass bonuses, and more.”

You’ll be able to level up your Guild as a team, and score some hard-earned goodies together. It’s worth noting that only pass holders can establish guilds, though anyone can join one.

In addition to Guilds, the new battle pass brings “an even more competitive twist on your daily Dota experience” in the form of a Battle Gauntlet. Lay down an entry ticket and score two game victories before you lose two, and you’ll earn a sweet reward: 1500 Battle Points, a Battle Tier upgrade, and 200 Sideshop Gold.

There’s also a new mode to try out – Nightsilver and Foulfell – which lets you power through a “moonlit forest” to chase down “exclusive item sets, Battle Points, and special tools” along the way – and potentially access a second, hidden map: Foulfell, “where even more riches and dark terrors await”. Hmm.

That’s far from all, though. Dota 2’s International battle pass also adds a Bounty Killing feature, “Gift-a-Battle-Pass initiative”, community match predictions, The Sideshop, Immortals rewards, as well as a bunch of tweaked and returning features. Oh, and a big “special summer event” on the way. Phew. Take a look on Valve’s blog post here to find out more.