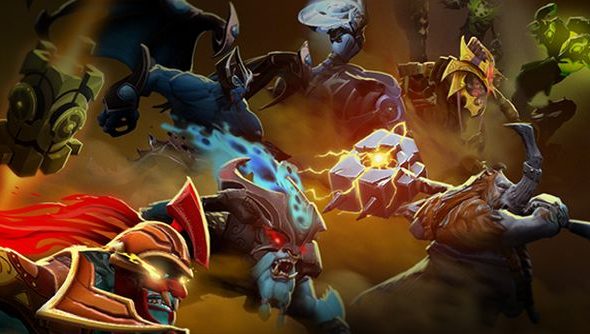 Valve have recently gone on record to clarifying the seemingly bizarre gift restrictions implemented into Dota 2. Any item that’s bought via Dota 2 store is at the mercy of a week long ban on gifting, trading or being put on the game’s community market. With the introduction of the 2015 International Compendium, this has left some generous players, who were planning on gifting the item to friends and family, unable to do so.

The cause as it turns out is the rapid growth of credit card fraud, which are “not really traceable”. With the week long period in place, it gives Valve and credit card companies enough time to stem the flow of fraudulent purchases.

Valve’s own Daniel.J took to the Dota 2 subreddit to explain the exact reasoning behind the restrictions. “We hate the gift restrictions as much as you do.” Daniel stated. “We thought it’d be helpful to explain to you why they exist so that you can have a better view into the challenges surrounding fraud. Throughout this post we’ll talk about gifting compendiums to friends, but this applies in general to all items purchased from the store.

“Here’s the problem: Bad guys buy compendiums with stolen credit cards, and then resell them to other players at a discount. It can take days to determine that the cards were stolen, and that a fraudulent item had been added to the economy. We can’t effectively punish the fraudsters, because they’re not really traceable – they commit the fraud on new or stolen accounts, never on their own accounts. In addition, these side markets make it very easy for people to get scammed.”

Back in 2013, when this sort of infamous practice began taking root, Valve decided the impact wasn’t worth putting restrictions in place. “Unfortunately, like all scams that make money, it ballooned rapidly.” Daniel explained. “In 2014, the percentage of compendium purchases that turned out to be fraudulent became very significant and we also saw a massive growth in scam-related support requests from users that didn’t receive their items or had their accounts stolen.

“Additionally, credit card fraud can become a big problem for us because if our fraud rates climb too high, we will no longer be allowed to accept credit card payments at all.”

Unfortunately, Valve doesn’t have a better solution right now; even now they’re feeling the consequences too. “We believe it actually hurts sales when we put restrictions on our players, because it means it’s harder to buy a gift for your friend, for example.” Daniel admitted. “We hated doing it, but we didn’t have a better solution. We are continuously exploring different methods to solve these problems, because we want to be able to stop fraud without affecting legitimate users.”