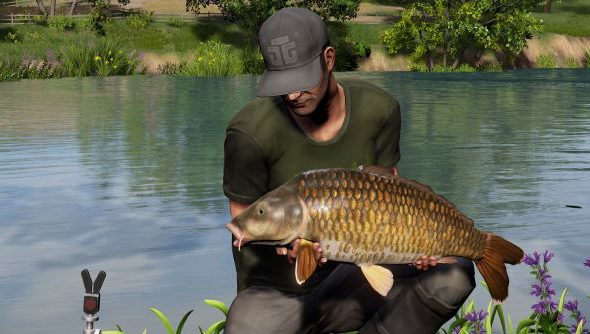 Unreal tech has been behind genre work as varied as XCOM and Ethan Carter lately, but it’s still associated with shooters. Perhaps things will be different for UE4: Epic are building something courageous and colourful in Fortnite, and early adopters like Dovetail Games are twisting the engine into strange new shapes. Their angle? Angling. 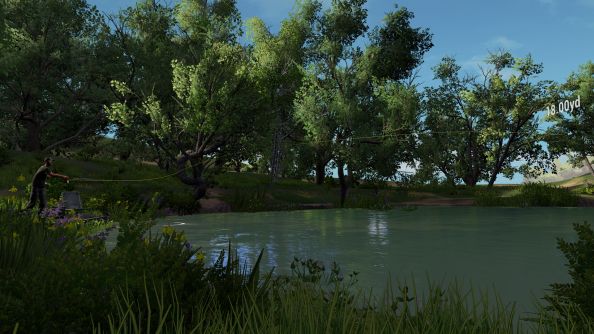 “Although the Unreal Engine has been used for shooters in the past, it’s a versatile engine that is ideal for creating a vast number of different types of games,” points out Dovetail’s VP executive producer, Rob O’Farrell. “Most games are built out of similar components – animations, AI, models, physics – and it is these components that the Unreal Engine provides us with.”

Dovetail Games Fishing’s team is testament to that common toolset. This is the Train Simulator studio’s first adventure in off-the-tracks simulation, and staff were sourced from Square Enix, EA, Lionhead and Splash Damage – a disparate makeup pulled from different genres.

While some had experience with UDK through personal projects or university, none had ever seen Unreal Engine 4 before joining Dovetail. Nonetheless, the prototype that began under three developers in February this year was shown at Gamescom just “four months of hard work” later.

The fact is that Unreal Engine has proven just as adaptable to casting and reels as it has to blasting and feels in the past. 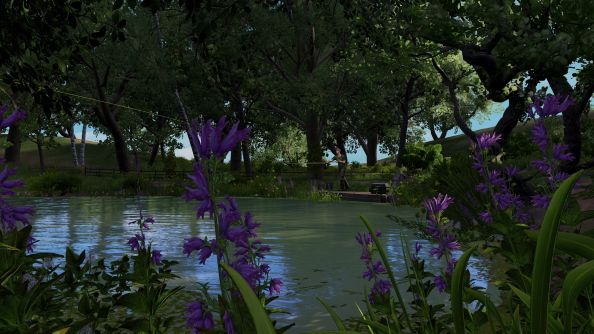 Dovetail Games Fishing is designed to bring the real hobby onto PC as authentically as mouse and keyboard will allow, and provide structure through tutorials and technical challenges.

The current phase of its development is focused on fish behaviour. Just as guards in Dishonored can turn on their heel to track the source of a noise or flee from the maniac in a mask, Dovetail are teaching their prey to elude and be lured in convincing fashion.

Working with carp behavioural expert Simon Scott, the developers are implementing fish types which react according to feeding preferences and perceived dangers, and which make convincing attempts to escape after taking a hook. They’ve been able to take advantage of the behaviour tree system that comes out of the box with Unreal 4.

“We have to do a lot of work on simulating a lake full of fish,” said O’Farrell. “UE4 gives us a way of quickly building behaviours in a graphical interface.”

Dovetail are relying on the navigation meshes that come with Unreal 4 too. Think of the invisible map that determines which parts of Parisian monuments Arno can climb; here, meshes ensure fish can find their way around the lake. 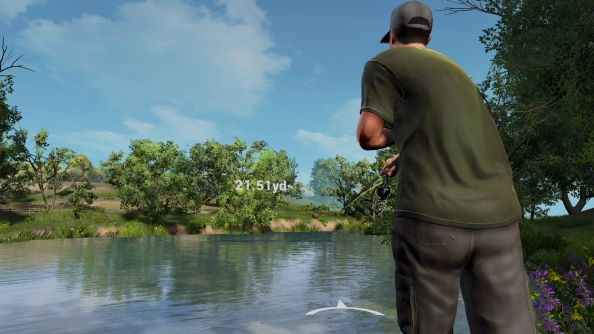 “The tools provided in Unreal give us a basis to start from when creating AI,” said O’Farrell. “They don’t limit our creativity, which is the sign of good tools, and it is still up to us to create the behaviours themselves.”

That space to build things from scratch has been crucial in meeting DGF’s unusual specifications. O’Farrell says UE4 has been “friendly” enough to accommodate fishing-specific features no engine has templates for. At the other end of the line, for instance, Dovetail have put together a system to simulate realistic rod motion when casting.

“The physics behind it all is pretty cool and as we’re a simulation company it was the area we really wanted to nail,” said O’Farrell. “We’re definitely getting there with that and still have a long time to refine even more.”

Dovetail Games Fishing was slipped onto Steam Early Access just months into its development, and the developers intend to prepare the finished game according to the tastes of their customers. According to O’Farrell, that’s only been possible because the engine is “iteration-friendly”.

“UE4 completely suits that style of game making,” he said. “We can tweak so many things quickly and focus on the important parts, rather than having to worry about the renderer and physics solver and stuff like that.” 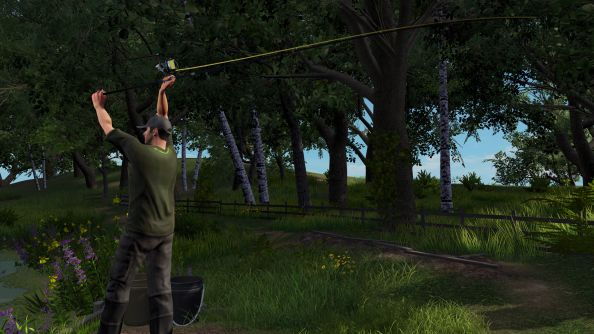 Rather than working through a lengthy feedback loop, Dovetail have been able to tweak values for casting and line behaviour before their professional angling consultants leave the room.

The entire team can contribute to those iterations quickly with recourse to UE4’s Blueprint system, which lets them delve into simplified programming without the full-time support of a software engineer.

“From the gameplay designer working on new Challenges to the audio technician creating the ambient soundscapes, the whole team can rapidly prototype new ideas,” said O’Farrell. “It’s a really powerful tool in our development.”

Part of DGF’s Steam Early Access pitch was that it will “look and feel” as close to real fishing as possible, and the engine’s DirectX 11 support is helping the team bring the outside in.

“UE4 has the ability to create some fantastic visuals and our art team is taking full advantage of all the toys,” said O’Farrell. “The terrain and foliage tools allow us to create fishing locations to a high degree of realism.” 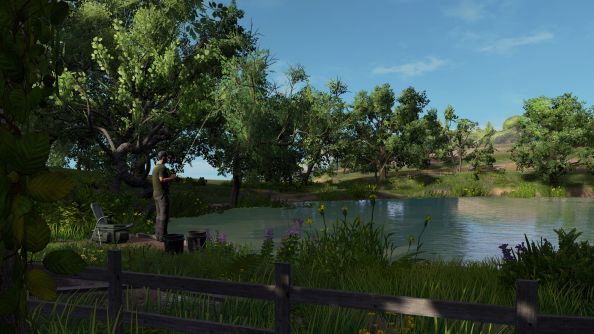 The team have been tinkering with UE4’s shader system too, though they have characteristically peculiar ends in mind – O’Farrell expects that it’ll produce some “cool-looking water”.

“There’s a lot more work to be done on it but it will be a defining feature of the game in the long run,” he said. “We’re still very early in the game’s life so we have a lot of opportunity to push the reality further.”

The Dovetail Games Fishing team are in their second early access phase of several, and have a large net to fill. At the moment, they’re looking to see how UE4’s physics will match up with the animations they intend to create for their every-fisherman.

But they’re already working with their Train Simulator counterparts to make sure that none of their accumulated understanding of the new engine is lost.