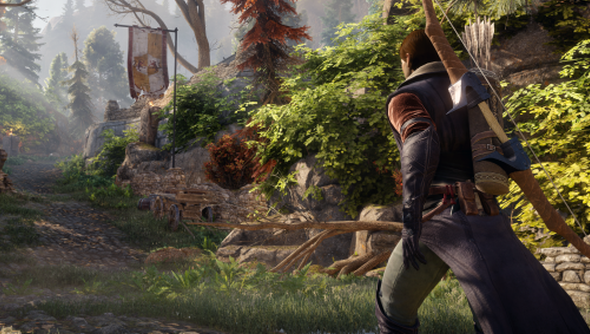 What, not Shattered Steel? It transpires that the launch of Dragon Age: Inquisition has been the most successful in BioWare history. It’s not only fared better than the fan-battered Dragon Age 2, but also The Old Republic and even Mass Effect 3.

EA made the boast in a call to investors yesterday – telling them that more than 113 million hours had been spent pottering about Thedas.

“Dragon Age: Inquisition is a true masterpiece from the team at BioWare and a game that is sure to be played for a long time to come,” said proud father Andrew Wilson.

Wilson pointed out that Inquisition was included on some 200 Game of the Year 2014 lists over Christmas. The acclaim was reflected in EA’s bottom line – the company’s gross sales margin in the three months that covered Inquisition’s release was 2% higher than expected.

It’s no surprise that Dragon Age is vastly outselling its spiritual predecessors in the Baldur’s Gate series – that was a different time and a smaller market. And The Old Republic’s story is complicated. But Mass Effect?