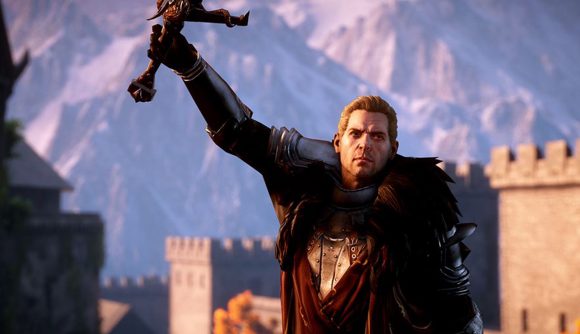 Dragon Age 4 – or whatever it ends up being called – will probably have multiplayer. You likely could’ve guessed that after the company’s last handful of largely single-player games (Dragon Age: Inquisition, Mass Effect 3, and Andromeda) all featured optional multiplayer modes, and a new job listing suggests BioWare is already looking toward how to implement it.

The company is looking for a franchise technical director, as GearNuke notes. The job listing has a lot of generally dull notes over workflows and coding – managing engineering teams, ensuring best practices for coding, delivering “on the franchise vision as part of the project leadership team,” and being a “role model” for the rest of the team.

More pertinently, the listing requests somebody with “experience developing multiplayer games.” A Dragon Age 4 release date is likely still years away, and as far as we know the game is likely still years away. That means even if BioWare is looking toward building multiplayer now, there’s no guarantee of what shape it’ll eventually take, or whether it will end up in the game at all.

Up until just now, I’d entirely forgotten that Inquisition had multiplayer, but it definitely did. It was a cooperative PvE affair not unlike the the mode in the latter Mass Effect games, and like those modes it was generally well-received. This sort of mode is probably the safest bet for DA4, though given how multiplayer-centric BioWare has gotten with Anthem, it could be more substantial.

The next Dragon Age was officially confirmed with a Game Awards trailer, though it was just a tiny teaser that merely hinted at what to expect. BioWare’s repeatedly emphasised an emphasis on story and characters for this upcoming title, so any multiplayer functionality will likely take a backseat to a more robust single-player story.