Those with an eagerly salivating nostalgia gland can mop up after themselves now – Dragon Ball FighterZ will launch in February 2018. This was confirmed today in a new press blast and trailer from Gamescom 2017, which officially unveiled Android 16 and 18 as playable characters, as well as leaving some story hints.

For all the other confirmed Dragon Ball FighterZ characters, we’ve been collecting.

As explained by Gematsu, much of this was teased or revealed in Japanese magazines over the past week. There’s also a new “CollectorZ Edition” (sorry, everyone) that comes with a Goku statue along with a few extra goodies: 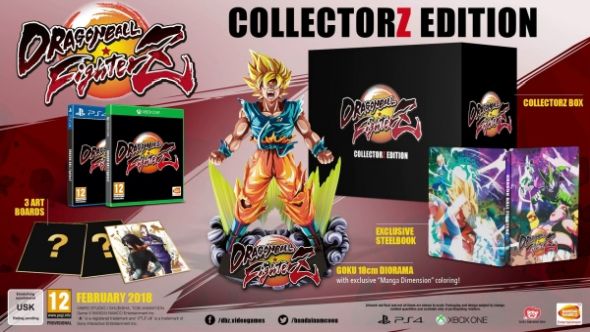 As far as actually playing the thing, beta signups begin today, though only on console. It’ll then run on the weekend of September 16, with various timed sessions rather than just open play. All the characters announced so far will be available.

Finally, there’s a new game mode where six players take one character each and battle it out. Exactly how that’s going to work for the folks on the sidelines remains to be seen, but it’s doubtlessly going to lead to a few couch-scuffles when people tag in at the wrong time.