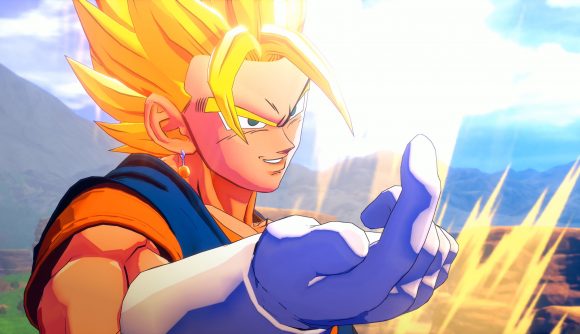 Dragon Ball Z: Kakarot has landed across platforms, and reviews from fans and critics alike are starting to trickle in. The early word probably won’t surprise the long-time DBZ faithful – it’s a solid game that represents the series well, but doesn’t do much to stand up in the broader gaming landscape.

Outlets like Metro.co.uk report that review copies were distributed very close to release, so many critic reviews remain unfinished and unscored. That’s the case for IGN’s early assessment, which says it’s “good, if a bit unpolished.” GamesRadar says Kakarot looks “like the anime has come to life, and sounds spectacular. It’s just a shame it’s not a little bit deeper, but hey, at least it’s flashy.”

The outlets that have felt confident enough to assign scores have given similarly solid-but-not-spectacular numbers. Kakarot holds a 77 rating on OpenCritic, and the PlayStation 4 version shows a 78 rating through Metacritic. The lowest score so far is a 65, so it seems nobody outright hates the game – which is encouraging, given some of the history of licensed anime titles.

Players on Steam have been largely positive as well. The PC port seems a bit limited, but apparently runs well – though it looks like resolution and control settings aren’t as customisable as you might hope.