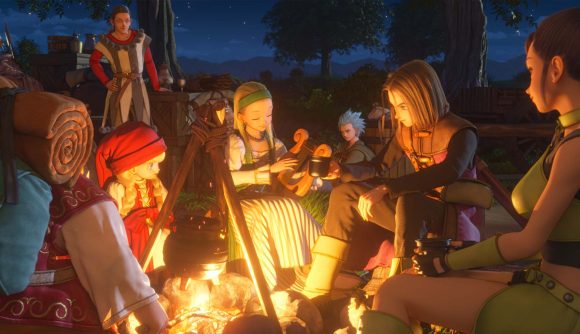 Dragon Quest XI: Echoes of an Elusive Age is the first main, single-player entry in the series in nearly a decade, and the first title in that lineage to make it to PC. Yes, we no longer have to be content with spinoffs – a real, proper role-playing Dragon Quest is finally available through Steam.

DQ11 is every inch a traditional role-playing game, but it’s a refined take on the formula with a bright, colourful world, solid turn-based combat, and a lengthy adventure filled with memorable heroes. IGN says it’s “a top-tier JRPG for the modern age.” Gamespot says it’s “full of heart and soul.”

It seems the only sizable knock against the game is how closely it hews to tradition. Game Informer says its “lack of evolution is a hindrance,” and Polygon notes that if you’re not already on board with old school JRPGs, this one “is unlikely to make you a convert.”

OpenCritic aggregates the review scores to an average of 90, and Metacritic boils those scores down to an 88. It’s worth noting that those full reviews are based largely on the PlayStation 4 version, which launched simultaneously alongside the PC edition.

Those are all PS4 reviews, and though there aren’t many definitive takes on the Dragon Quest XI PC port, anecdotally the version seems pretty good – if a bit barebones. The Steam forums aren’t reporting any widespread issues, and resources like this ResetEra thread offer some quick fixes to raise the FPS cap beyond 60 and enable 21:9 support.