Following on from the news that the brilliant Dragon’s Dogma: Dark Arisen – a game where you can hang from the feathers of a majestic griffin while stabbing it in the neck – is finally coming to PC, Capcom have just revealed that its free-to-play MMORPG spin-off Dragon’s Dogma Online has already surpassed 1 million downloads, despite only being released in Japan.

This milestone was hit after just ten days on sale, but exactly what percentage of those downloads were on PC hasn’t been revealed. 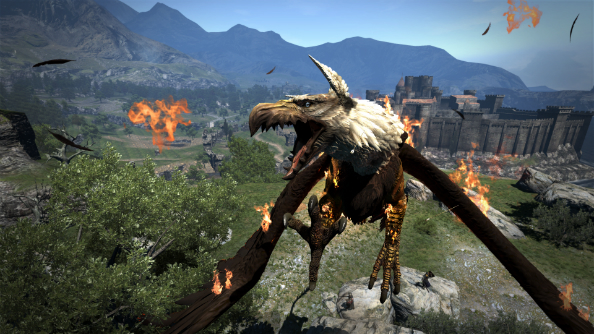 While Dragon’s Dogma Online is currently only planned to be released across more Asian markets, if Dragon’s Dogma: Dark Arisen is successful on PC in the West it could convince the company to eventually release the MMORPG worldwide.

On consoles, Dragon’s Dogma and its Dark Arisen expansion sold 2.3 million units culminatively, making the new IP a bit of a success story for Capcom.

These figures are possibly what sparked the decision to release on PC, so there’s still hope for Dragon’s Dogma Online in these parts yet. Hopefully it doesn’t, you know, take three years.