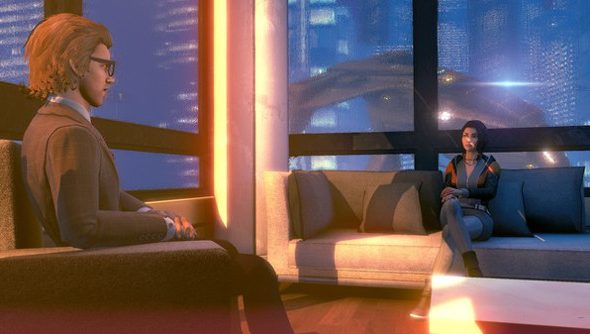 The latest instalment of Ragnar Tørnquist’s new Dreamfall series, Dreamfall Chapters, comes out this Thursday, according to a press release from developer Red Thread Game.

That’s exciting news for me and the rest of The Longest Journey / Dreamfall fandom. It’s great to see a series I’d all but given up for dead years ago come back strong, and actually making the episodic gaming model work pretty well.

On the other hand, man are the trailers for these new chapters completely inscrutable if you don’t already play the games. Or even if you do, as a matter of fact. This is like “Next Week on Mad Men” levels of perplexing previews.

The trailer does at least show off the new look for Dreamfall chapters protagonist Zoe, but as for what Realms is actually about and where it will take us? I guess we have to wait until later this week to find out.