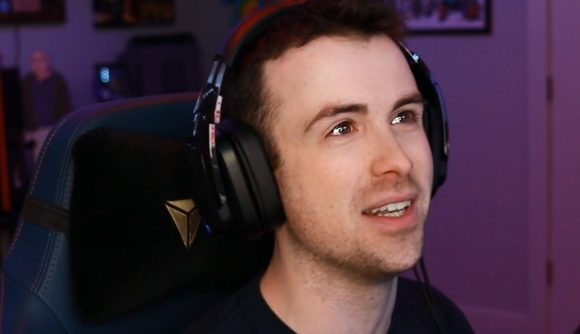 GuardianCon began a few years ago as a grassroots Destiny convention, and it’s since become an annual charity event that has raised millions of dollars for St. Jude Children’s Research Hospital. This year, the event pulled in over $3.7 million, thanks in no small part to the efforts of streamer Ben ‘DrLupo’ Lupo.

The event’s streaming festivities are split into a week’s worth of four-hour blocks, each featuring a different streamer, content creator, or game studio. Bungie itself dropped in this year (not just to note a delayed Lord of Wolves fix), bringing in $400,000 for the event, but as Forbes reports, GuardianCon picked DrLupo to close the show after he set last year’s donation record.

DrLupo broke that record handily, bringing in just under $1 million for the charity over the course of his four hour block. That total is anchored by some massive donations from big streamers like Lirik, Ninja, and Cohh Carnage – and, apparently, State Farm insurance.

You can see DrLupo’s reaction to the final tally below.

There’s still time to donate at the official GuardianCon site if you’re like to contribute.

Summer Games Done Quick got underway this week, if you’re looking for yet another reason to watch people play games in the name of charity.