It’s hard to believe no one has made something quite like Drone Strike Force yet. We’ve had shooters offering free movement in the vertical axis before – Descent blazed that particular trail over 20 years ago – but DSF brings this third dimension emphatically into the modern multiplayer era. It’s a third-person multiplayer arena shooter, with post-Modern Warfare conventions including customisable loadouts and perks, and game modes inspired by COD staples such as Domination.

Appropriately enough, then, the main inspiration came not from classics like Descent, but rather “from trying to push the envelope on vehicular PvP combat and making it work as a shooter,” the devs at Odisi Games tell us. A simple yet radically transformative idea, like giving players free movement along another axis, fit the brief perfectly. “Using the Z axis gave us a lot of room for experimenting with gameplay, while challenging us to introduce the complexities of a competitive shooter within that framework.”

Given its long pedigree in multiplayer arena shooters – the game series with which it shares its name practically founded the genre, along with Quake III Arena – one might think that Unreal Engine was the obvious choice all along. And indeed “it is true that UE4 gives you multiplayer support out of the box, as well as a character movement component for traditional games,” the devs tell us. That would be a component in the engine that handles the movement of objects – UE4’s includes logic for walking, falling, swimming, and so on.

It was a great place to start, but “for a drones game that required movement with six degrees of freedom, we had to make several modifications to allow such movement,” the team says. “One of the biggest challenges was for the drone’s movement to feel fluid and as real as possible, while ensuring anyone who has played a shooter in the past will feel right at home with the controls.” 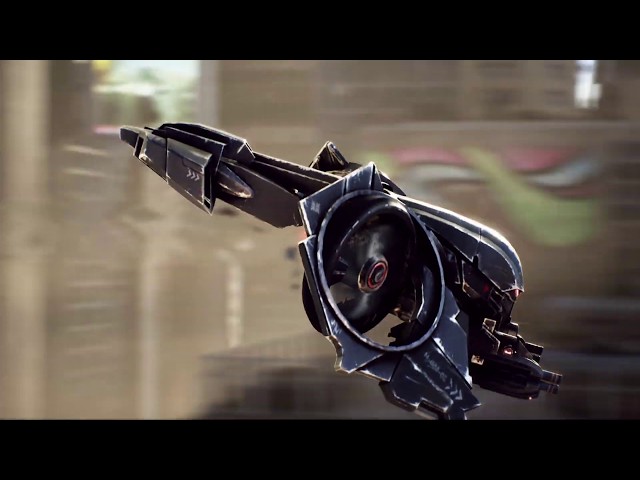 Anyone who struggled to manoeuvre Descent’s spacecraft around its killer robot-infested tunnels will understand the need to crack that particular problem, but applying this kind of gameplay to a modern multiplayer shooter created a slew of further difficulties, reaching well beyond the control scheme.

It was a real challenge to create meaningful engagements with flight

“The abilities to fly fast, and also to hover, created two main challenges: ensuring players have a reasonable chance to hit moving targets that can duck and weave in three dimensions, and managing the levels of detail in the art assets when players can both fly past or hover near any part of the map,” the devs explain. “These are a unique set of challenges compared to standard shooters, where level designers have a lot of control over where a player can go and what they can see.”

As you can see from the gameplay below, courtesy of gaming YouTube crew Node, your perspective on an urban landscape when controlling a third-person drone is very different than when your boots were firmly on the ground. The world unfolds beneath you, rather than crowding above you. Skyscrapers are visible from every angle rather than just from their base. It’s tough for agoraphobes, not claustrophobes. Drones built to get stuck into combat may not have time to note the details this perspective offers, but sniper drones might. 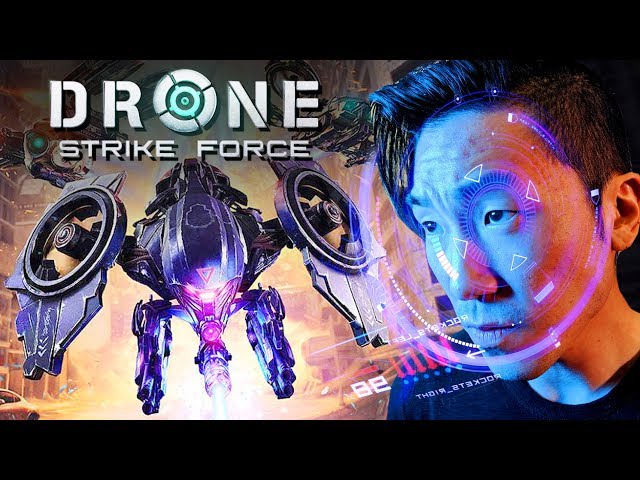 That such a landscape is your playground has implications not only for the art team but also for level design, as the devs discovered when making DSF’s first map. A good multiplayer shooter uses geometry to create exciting gunfights, but how do conventions around things like movement flow and sightlines work when you can fly freely up and down?

“We had to figure out the right balance between negative and positive space in three dimensions in order to make the vertical gameplay shine. It was a real design challenge to create meaningful combat engagements with flight. However, thanks to Unreal’s tools we were able to easily prototype and quickly iterate through a lot of concepts.” 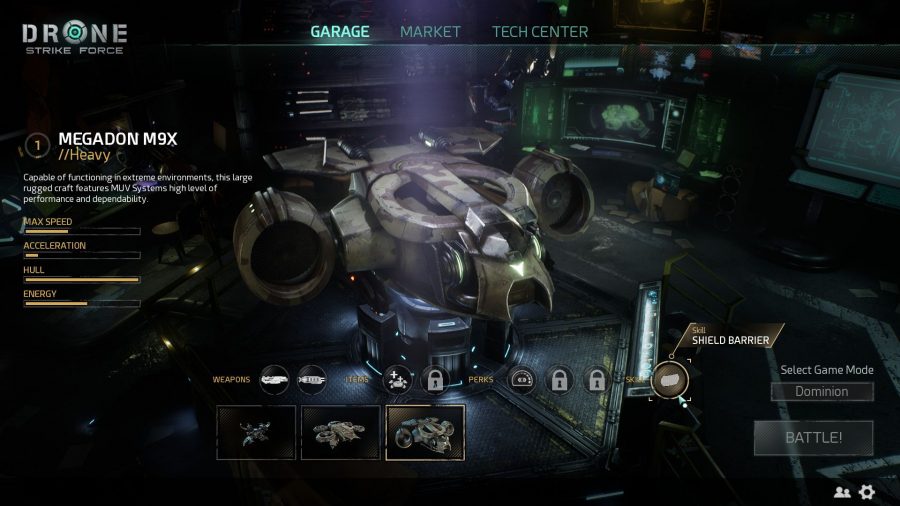 Specifically, the devs cite Unreal’s Merge Actor tool, which enables devs to merge a number of static object meshes into one, as a key instrument in “the development, creation, and optimisation of DSF’s levels, since we have a large quantity of objects. Merge Actor helped us reduce the number of draw calls and polygons rendered while also being easy to iterate with.” The team also praises Unreal’s profiler, a tool which uses game data to monitor performance, enabling devs to identify potential sources of slowdown. “Every game at some point during its development runs into performance issues, so having a tool as robust and powerful as the profiler helped us resolve these issues efficiently and expediently.”

Even leaving aside the Z axis’ tradition in shooters past, DSF’s freshness seems doubly bizarre with so many of the biggest contemporary shooters – including and especially Call of Duty – looking so closely to modern and near-future conflict. The unmanned aerial vehicle is arguably the defining military innovation of our times, and indeed Drone Strike Force bills itself as “a glimpse into the future of warfare” on its Steam page. 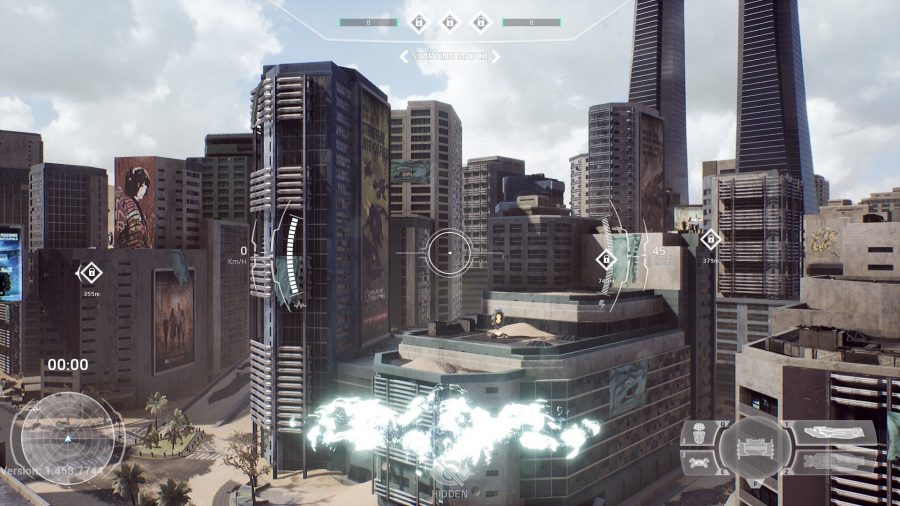 “While military UAVs do currently exist, the larger UAVs fly at high altitudes and engage ground targets, while smaller UAVs are mostly for reconnaissance,” the studio elaborates. “It’s only a slight leap to imagine drones commanding more battlefield roles, where the militaries of the world use the inherent versatility of modern quadcopters while allowing for increased remote warfare. Perhaps any future conflict can be resolved via remote warfare in remote locations, where outcomes are decided without any need for casualties.”

If you fancy having a go, Drone Strike Force is currently in beta, and practically anyone who asks can get in – none of this ‘sign up for a chance of access’ nonsense. You can sign up here, and wish-list the game on Steam here.

Unreal Engine 4 development is now free. In this sponsored series, we’re looking at how game developers are taking advantage of Unreal Engine 4 to create a new generation of PC games. With thanks to Epic Games and Odisi Games.