A recent PlayStation 4 filing suggests Sony are looking to create a bluetooth adapter that lets the DualShock 4 controller work wirelessly with PC.

Can you see yourself playing any of our upcoming PC games list with a DualShock?

The filing, lodged with the US FTC, was appropriately discovered by DualShockers and showed the following image: 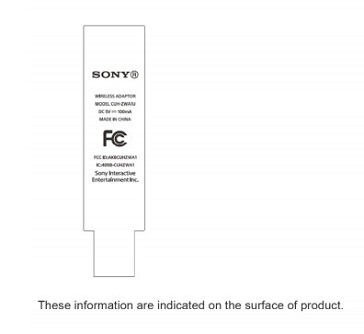 With the PlayStation 4 boasting built-in bluetooth connectivity, it’s most likely the device is aimed at PC players. If you own a console and a PC, the statistics say you’re more likely to own a PS4, so this will probably be excellent news to quite a few of you out there.

I personally play most third-person games with an Xbox One controller. I prefer the DualShock, but games still show prompts for Xbox, which is kinda irritating when ‘X’ flashes up and you tap the wrong button. Hopefully the release of an official adapter will prompt more devs to include PlayStation control schemes in their PC releases.