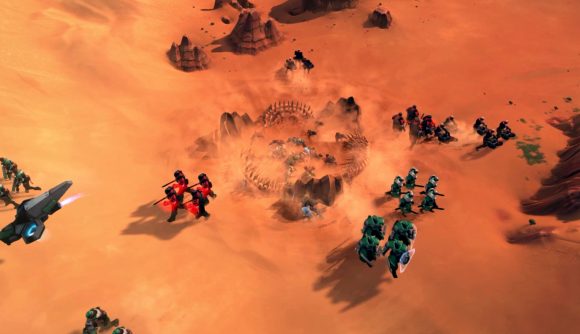 The first glimpse of Dune: Spice Wars gameplay has been shown off in a new trailer, giving fans an initial look at how the promising 4X strategy game is going to play. The Dune gameplay trailer shows how players will go about their conquest of the planet Arrakis, alongside the reveal of how one of the series’ iconic sandworm attacks will occur in Spice Wars.

Following its announcement at the 2021 Game Awards, its developers have stated that Dune: Spice Wars will be more of a 4X-RTS strategy game hybrid than previous Dune games – such as Dune 2, which was arguably the template for the entire RTS genre. However, while Northgard developer Spiro Games has released bits and pieces of information, this is the first time it has released any actual gameplay.

You can watch the gameplay trailer below, and it shows the major influence of 4X strategy games on Dune: Spice Wars – as players are tasked with sending scouts and armies out into the sands of Arrakis and slowly conquering territories while fending off attacks from rival Houses.

Combat seems to be the area that’s most RTS-inspired, with players seemingly marching units directly into battle. A few unit upgrades are shown off, including “combat drugs” and “hidden thumper” – the latter suggesting that some units will be able to deliberately call in a sandworm on a location. Speaking of which, the trailer also shows off the game’s first worm attack – with a Harkonnen-Atreides battle being swiftly broken up by a giant mouth eating half the units. 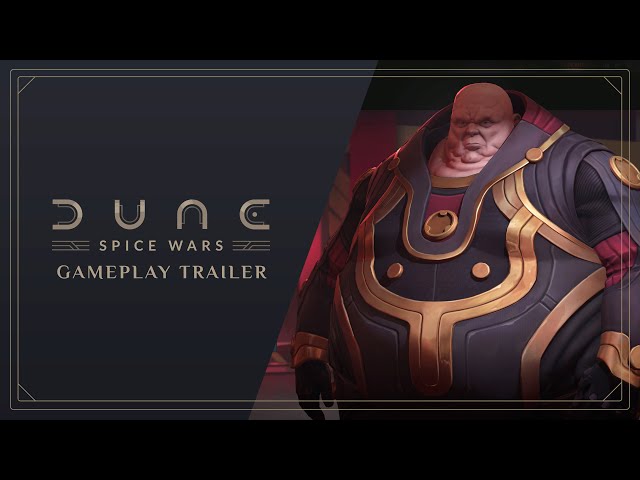 Dune: Spice Wars will release in early access sometime in 2022, but expect a lot more updates and reveals of further factions before then – Shiro has shown the Atreides and the evil Harkonnens, and may even add Dune 2’s insidious House Ordos at some point.