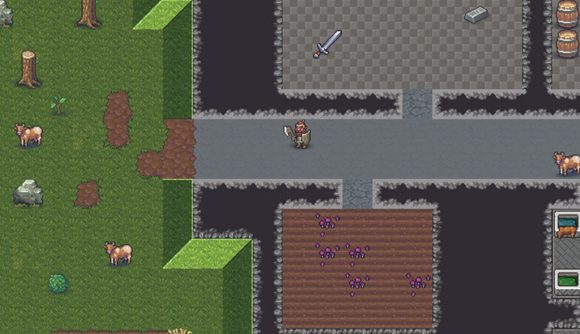 Dwarf Fortress has been available as donation-supported freeware for years, but news that the game would get a premium release on Steam – complete with actual graphics – was met with plenty of enthusiasm. The game’s not yet available for purchase, but that hasn’t stopped it from shooting up at least one chart. It’s now one of the most wished-for games on Steam.

It’s cracked the top ten most wishlisted games on Valve’s store (as noted on Reddit), and currently sits at number ten between the impending A Plague Tale: Innocence at number nine, and the Hollow Knight follow-up, Silksong, at number 11. Not bad, considering you can already play Dwarf Fortress for free and that this version still has a release date of “time is subjective.”

Wishlist numbers tend to play an important part in gauging interest for Steam releases, and they affect the algorithms that decide which games show up when you’re browsing the store.

Dwarf Fortress probably doesn’t need to prove itself at this point, but it looks like there are plenty of people planning to get in with new launch.

Part of the reason for Dwarf Fortress’s Steam release is its developers’ healthcare costs, and we spoke to them about the financial factors leading to the new version. You can follow that link for more, or just head over to Steam to wishlist the game for yourself.