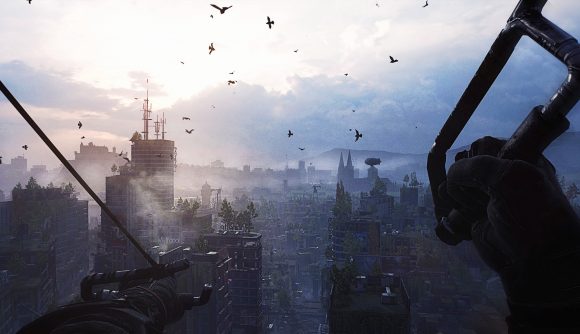 One of the weapons you can stumble upon during your parkour adventures in Dying Light 2 might look familiar if you’ve played Cyberpunk 2077. If you play your cards right, you can get a pair of special knuckle dusters called the Cyberhands 2177 that look like the cyberpunk game’s Mantis Blades.

To get them, you’ll want to take an elevator to the top of the VNC Tower once you’ve completed the Broadcast story mission. Once you exit the elevator on the roof, you’ll want to turn left and scale the green metal structure for a better view. You should notice two mossy skyscrapers that are smaller than the VNC Tower. Use your glider to reach the closer of the two, and then glide to the next one.

Once you reach the roof of that building, you should find a man standing next to a campfire known as ‘Liquidator’. He’ll mention being “here and there” before telling you that he has left something for you. You should then see a cache to your left before the mysterious NPC vanishes for good. Open them to get the Cyberhands 2177 blueprint. It’s worth noting, though, that it looks like the NPC disappears if you’ve completed the main quest. Ensure you grab the weapon after completing the Broadcast quest to avoid missing out.

If you’d like a more visual explainer, here’s a nifty rundown video: 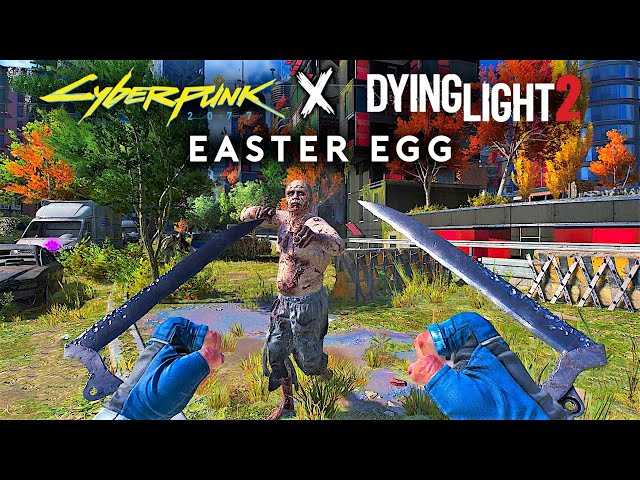 We’ve had a decent time with Techland’s latest game ourselves. We gave the zombie game a six-out-of-ten score in our Dying Light 2 review, praising its “excellent parkour and combat mechanics”. We weren’t too hot on the story, though there’s plenty of fun to be had jumping about with pals.

The devs have had a fair few bugs to squash since launch, though the good news is we got another Dying Light 2 bug patch this week, so things should be running smoother now.

If you’re looking to get more of the best Dying Light 2 weapons, you can follow that link.