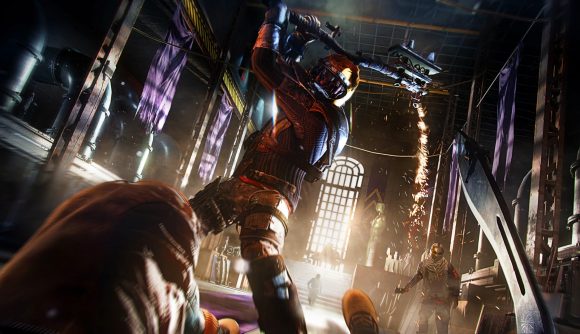 The fixes keep coming for new parkour ’em up Dying Light 2. The zombie game got a day one patch with more than 1,000 bug fixes, and more are on the way this week. Not quite 1,000, though they should prove handy nonetheless.

The upcoming PC patch includes fixes for game-crashing bugs, various situations that could cause infinite black screens, AI dead body replication in co-op, and an issue where you couldn’t sell your goodies to a vendor. You’re also getting some DLSS improvements, which is neat. Techland has an eye to the future, too. The devs are working on a fix for an issue that sends players into a death loop, various story blocks, and visual bugs that are sometimes visible in the ‘Makers of the Plague’ quest in the hospital. The team is also working on additional features like adding backup saves and exposing other video settings. There’s even the possibility of enabling an English voiceover if the local language isn’t English.

Techland hasn’t given a date for the patch yet, though the devs say it’ll be “in the coming days”.

PC gamers (Steam and EGS) – we'll keep on providing you with the regular fixes. Here is the list of things in our pipeline: pic.twitter.com/hFOfL1BOxI

Aside from the odd stutter, Dying Light 2 is off to a flying start. At one point, Dying Light 2 had five times as many players as the original Dying Light ever did on Steam. We’ve already got a Dying Light 2 mod that makes nights even more intense, too.

We’ve had a decent time with it so far. We gave the new PC game a six-out-of-ten score in our Dying Light 2 review, praising its “excellent parkour and combat mechanics”. We found that bugs, repetitive side content, poor storytelling, and the “unfulfilled promise of its choice and consequence system”, however, leave Dying Light 2 unable to fully capitalise on those strengths.