One of the most exciting features in forthcoming zombie sequel Dying Light 2 is the ability for its factions to change the world, and indeed the story, in ‘unexpected’ ways. To illustrate this, PCGamesN has a few exclusive pieces of concept artwork that show the same abandoned swimming pool, taken over and repurposed in different ways by the different factions.

These images serve not only as a glimpse of Dying Light 2’s bleak postapocalypse, but also to give a sense of how your decisions and factional alignments will determine who prospers in it.

For an introduction to the leading players in this drama, check out our interview with lead designer Tyrmon Smektała. We also hear that you’ll be able to pit factions against one another, manipulating them so as to accomplish your own goals. You might be able to trigger a conflict that forces them to redeploy their troops, thereby abandoning a place you’re trying to infiltrate. This kind of sneaky trick will enable you to access areas that would otherwise require you to level up before you could brute-force your way in.

Here’s the pool when first discovered and unclaimed – just another desolate reminder of the world before, apparently sheltering vagrants with wheely suitcases. 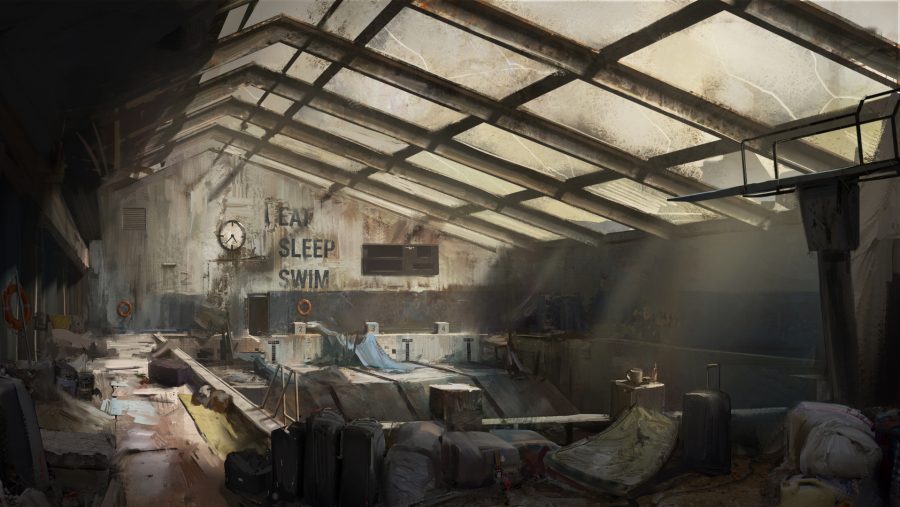 Here’s the pool under the control of the Untainted, who are coping with the zombie apocalypse through transcendental herbs. Thus, in their hands, it’s a greenhouse: 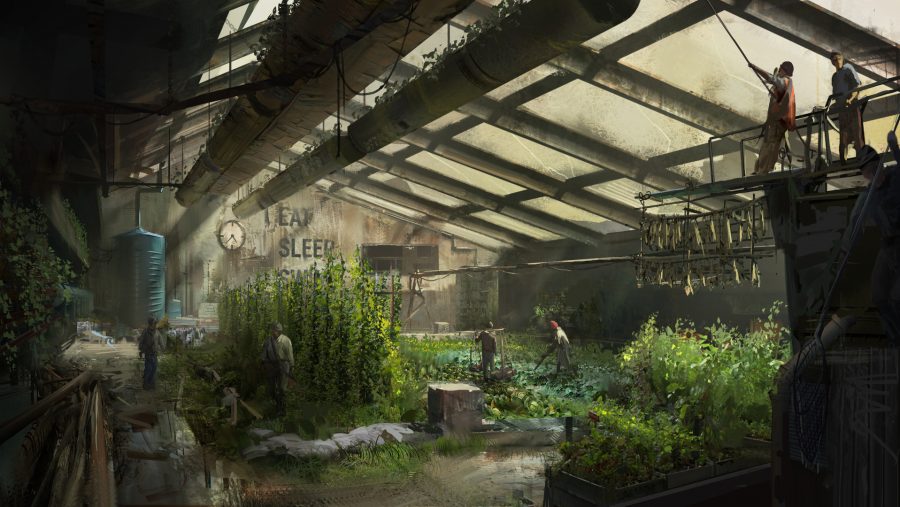 The Scavengers are survivalists who adapt whatever resources come their way into the bare necessities of life. In this case, they’ve turned the pool into a fuel refinery. 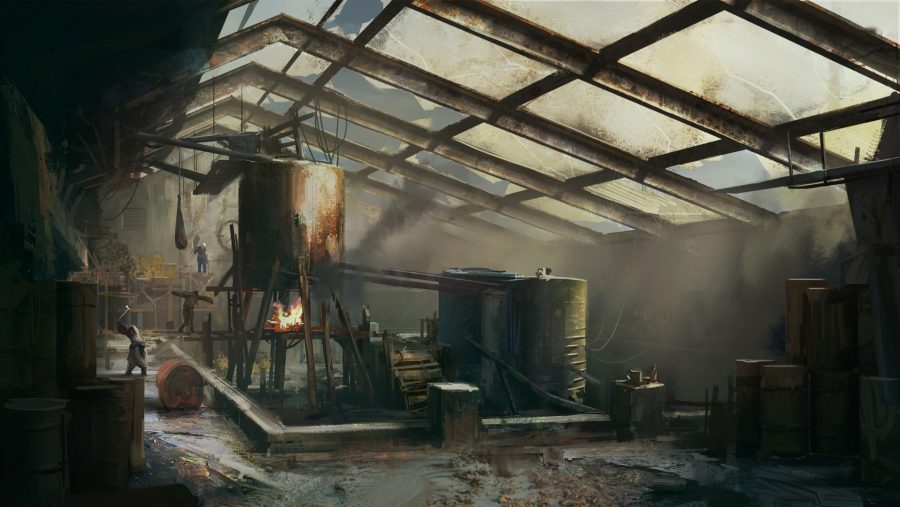 And under the combative Peacekeepers, the pool is a training arena in which their militia is honed and prepared. Note the verb ‘swim’ has been replaced with ‘fight’. Interesting choice of language for a faction calling themselves ‘peacekeepers’, but desperate times, and all that. 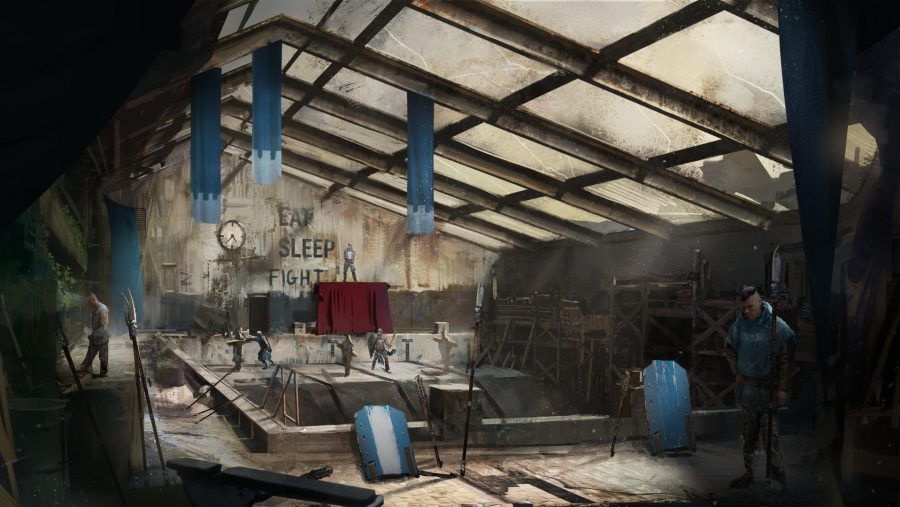 We’re told that these factions will have a material impact on the world when they control certain resources or territory. If the Peacekeepers have pushed the zombies out of one area, they may concentrate elsewhere. If the Untainted have taken a plant so as to cook up drugs that heighten your senses in combat, you’ll be able to enjoy their benefits, but you might have to tackle a band of tougher, stimmed-up bandits somewhere in the world.

But your choices can also have a more binary, functional impact on the world. Here, for instance, is a bridge: 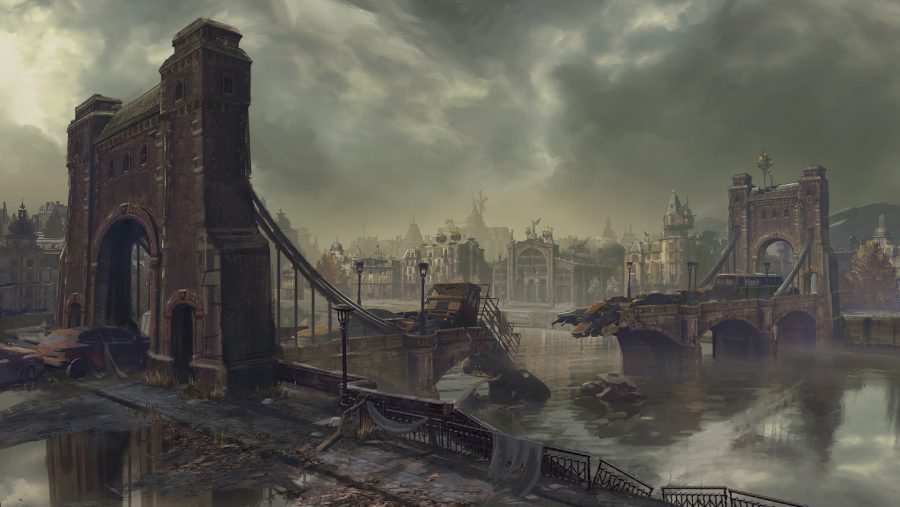 You’ll notice it is in a state of disrepair. You can repair it: 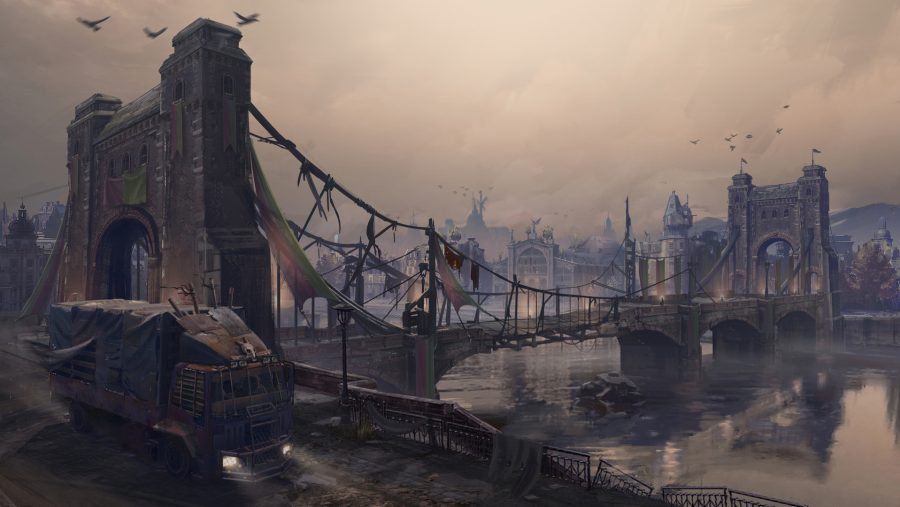 Note the fortified and skull-adorned battle bus in the foreground. This seems to be many people’s go-to tactic for surviving a zombie apocalypse. Personally I’m making for the ports and commandeering a luxury yacht. No zombies at sea, innit. Anyway, we’re still waiting for confirmation of the Dying Light 2 release date, but you can hit that link for more info on the setting, gameplay, factions, and some trailers to watch.