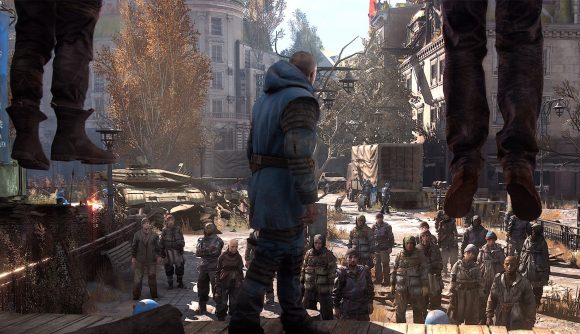 Dying Light 2 promises plenty of choice and role-playing opportunities, but that freedom won’t just be part of the story. We haven’t seen much of the game since its E3 debut, but a new interview with Techland chief creative officer Adrian Ciszewski sheds light on how the faction system works.

We saw a bit of it in the E3 trailer, but your faction choices won’t just apply in the outcomes of scripted story bits. Instead, Ciszewski says “it’s really systemic. For example, the Peacekeepers faction – they’re clearing the streets of baddies, but they’re also clearing the dark zones and the streets from infected. That’s a system.”

You can direct the Peacekeepers to clear specific locations, but if zombies get pushed out of one spot they might simply relocate to another – causing a whole different set of problems in another part of the city. As Ciszewski tells GamesIndustry.biz, “If the Peacekeepers clear part of the dark zone, it will push the zombies to find another place to hide. It’s much more like a gameplay systemic thing.”

You’ll also be able to use those systems to your advantage, manipulating factions to accomplish your own goals. If you figure out one group’s motives, you might be able to trigger a distant conflict which makes them redeploy their troops, leaving someplace you’re trying to infiltrate unguarded. “Otherwise you need to level up your character, do certain side quests, learn new skills and eventually kill all the guys in the castle. But that’s up to you.”

In that way, Dying Light 2 isn’t level-gated. There are tougher areas than others, but there isn’t a harsh number limit preventing you from succeeding in certain locations – you can find creative ways around those limits. Encouraging human settlements to head in certain directions will lessen the zombie presence there, giving you the opportunity to explore highly difficult locations. 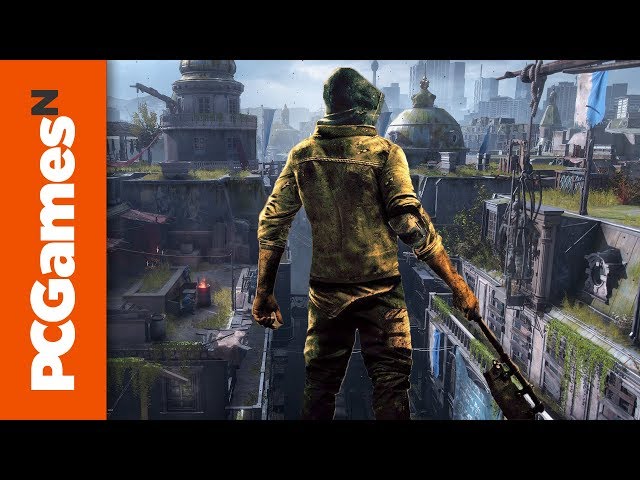 It all sounds like a fantastic take on open world action, and that’s not even accounting for a story penned by Chris Avellone and some other game writers whose work you may know – like Karolina Stachyra, writer for The Witcher 3’s Bloody Baron quest. We’re still waiting to find out the Dying Light 2 release date, but in the meantime you can hit that link for a breakdown of everything we know so far.