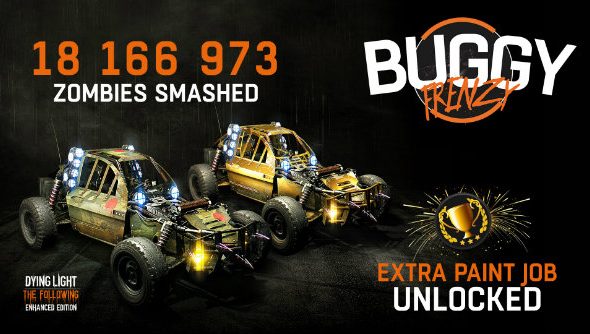 Techland recently challenged Dying Light: The Following players to jump in their buggies and attempt to collectively squash five-million undead over the weekend. They might have gone a bit overboard.

I wonder how many shuffling corpses have been re-murdered across our list of the best zombie games.

Some lovely stats: of those 18 million kills, PC contributed the least; and players scored an average of 194 kills each, but there was one person on each platform that got a little bit too into the whole thing. The official numbers are below: 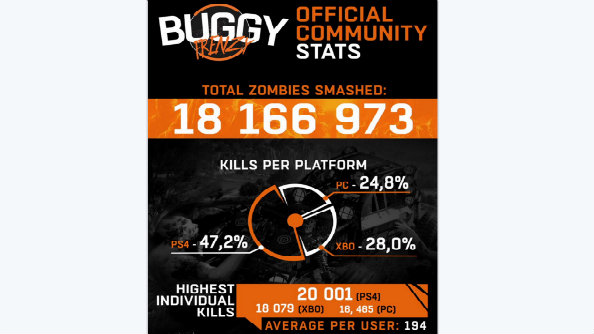 What was the point of this? Well, if the community achieved the five-million goal, which they clearly did, they unlocked some new in-game stuff.

Originally, it was all to unlock a sweet gold paint job for the buggy, but Techland have created and released a second rare paintjob alongside it as a pat on the back for splatting zombies so well.

Well done for all the corpse murder, people. Good work.

Dying Light: The Following – Enhanced Edition released on January 26 and shoved players into a new rural location. It launched alongside a raft of enhancements (hence the name) to the base game, including improved AI, new moves and updated graphics.

Support for Dying Light is promised until the end of 2016 at a minimum, and the game’s last update added some of the best community maps.