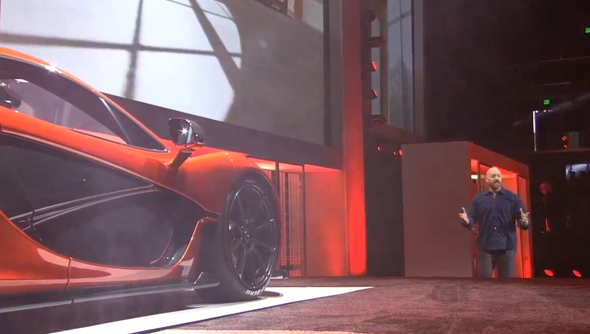 I used to try to get myself excited for the Microsoft press conference at E3. I would tell myself lies like “There’s so much going on in the PC gaming world that they can’t ignore it this year!” and “Maybe they’ll announce a really cool new gaming feature for Windows.”

In more recent years, however, I’ve barely bothered to find out when their press conference is. If you didn’t know, it was at 9:30 AM PST this morning. You probably noticed because all of your console-gaming friends were talking about the new Dead Rising game (you’re not missing anything), more Glass integration, or Twitch.tv livestreaming coming to their mid-grade PC-level DRM box called Xbox One.

There were no major announcements for Windows or the PC.

Although, Tim did notice that the Battlefield 4 demo had keyboard control icons in the UI, so at least we got to see a game running on the PC during the demo!

It’s hard not to feel like the kid picked last at gym class after big console presentations like that. Sure our PCs are more flexible than their new shiny box coming out in November, and our PC doesn’t spy on our living rooms or track our facial movements for information they can potentially sell to advertisers. But we don’t get the big fanfare or publicity that would help us feel validated. We feel left out.

That feeling has been blanketed over E3 for me in recent years. Conventions like PAX and QuakeCon do a great job of showcasing the amazing things happening on the PC, but E3 has always been sort of a lost cause. That’s mostly due to the crazy amounts of money the big console companies spend on dominating the show floor with booths the size of small cities and music louder than a Megadeth concert.

The thing is, the PC doesn’t have any one company backing it as a platform like the Xbox, Playstation, and Wii do. The closest we have is Valve, but they aren’t eager (understandably) to step up and do the big presentations with rock stars and booth babes. And, if we set aside the jealousy and be honest with ourselves, we probably don’t want them to create a bizarre spectacle out of the best PC gaming has to offer, like some of these oversized presentations do.

I’ll be attending E3 this year, but I’m not sure how much I’ll get out of it as a PC gamer. I’m planning to meet with some of the big PC developers like Riot Games, Valve, Nexon, Perfect World, and Blizzard. But I’m doubtful they’ll be announcing anything big or new at the show. Who would want to compete with a multi-million dollar stage filled with paid celebrities and screens larger than my house?

Josh Augustine is a connoisseur of online games in the MMO, MOBA, and RPG style. He currently works as a game designer at Sony Online Entertainment on EverQuest. He’d love totalk with you on Twitter.