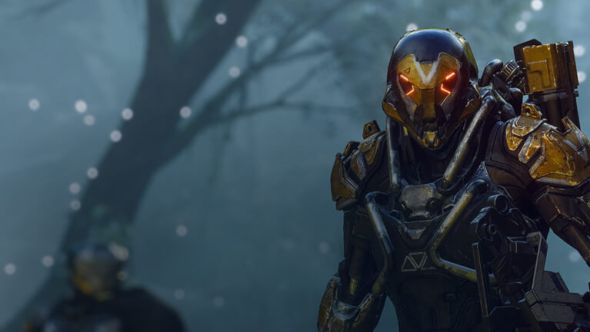 A few months ago, we learned that Activision had patented a multiplayer matchmaking system designed to manipulate players into purchasing microtransactions. It now appears that arch-rivals EA have filed patents for two similar systems, though theirs deal with player engagement rather than solely with microtransactions.

Are you ready to engage with these upcoming PC games?

EA’s first patent is for a system of dynamic difficulty adjustment. Obviously enough, this system would adjust the difficulty of a game based on the player’s performance to keep them engaged. This isn’t a novel concept – though if it’s patentable, EA’s version of it presumably includes a number of innovations – and nor is it necessarily objectionable, though players who like a challenge will be rightly aggrieved if that’s taken away from them, especially without their knowledge.

The second patent is more complicated, and potentially more controversial. Named Engagement Optimised Matchmaking (EOMM), it is designed to keep you engaged in multiplayer games by fiddling with their matchmaking algorithms. It considers a variety of data in so doing, including player skill, sportsmanship, and play style – the algorithm will apparently recognise players who play defensively or offensively, and even which kinds of attacks they prefer.

The likeliest controversy, as ever, concerns monetisation. AsDestructoid point out, EOMM was proposed inthis research paper, which says the following in its conclusion:

“Within the EOMM framework, the core building components, skill model, churn model and graph pairing model, are uncoupled so that they can be tuned and replaced independently. Moreover, we can even change the objective function to other core game metrics of interest, such as play time, retention, or spending. EOMM allows one to easily plug in different types of predictive models to achieve the optimisation.”

In other words, EOMM could theoretically be tuned to drive player spending, at which point its goals resemble those of Activision’s system. It should be noted that Activision say their system has not been implemented in any games yet, whereas EA’s two patents are just applications, so they can’t have been. Both were filed on March 8, 2016, and as YouTuber YongYea points out, Activision’s patent took around two and a half years to be approved – so maybe EA’s systems will get the nod just in time for Anthem.