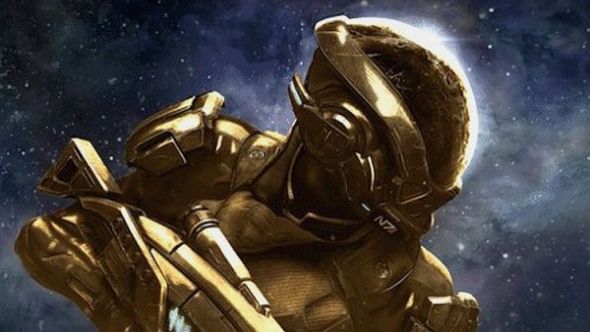 Mega-publishers EA fielded questions from investors and analysts on their latest earnings call, as is usual at the end of every quarter. What’s less usual is one of those questions saying a game didn’t “hit the mark”, and asking if there will be “any change in leadership, or developer turnover”.

There’s love in Andromeda, if not on Earth. Find it in our Mass Effect: Andromeda romance guide.

The question came from Mike Hickey, an equity researcher at The Benchmark Company. Hickey also referenced the news, announced earlier on the call, that Bioware’s new IP – codenamed ‘Dylan’ – is delayed. Here’s what he said:

“Mass Effect, I think from a quality perspective, didn’t exactly hit the mark. And it looks like we’ve now delayed the anticipated new IP, which sometimes is also tied to quality. So, curious if there’s any change in leadership, or developer turnover. [What’s up] internally within Bioware?”

The implication is that Andromeda’s reception coupled with the delay to Dylan could warrant layoffs, which is quite a thing to suggest on one of these calls. EA’s CEO Andrew Wilson responded, offering a few concessions up front.

He says Andromeda “was in development for a really long time”, and admits that “overall, the aggregate review scores were lower than we would have liked”. He also notes the fanbase for the game is “very passionate, looking for very particular things. And many players found exactly what they’re looking for and some players did not.”

Nonetheless, Wilson leaps to Bioware’s defence. He points out that “we did have over 100 reviewers score the game at 80 or higher,” and points to Bioware’s forthcoming content schedule, saying “new multiplayer content is continuing to be released and new content arriving overall more regularly. We’re very happy with how Bioware is doing, how Bioware is treating Mass Effect. And our expectations for Mass Effect are still strong for the future and the franchise overall.” 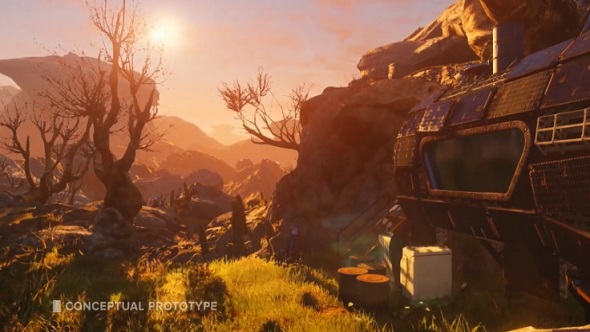 As for Dylan, Wilson says the decision to delay it is “completely unrelated” to the response to Mass Effect, chalking it up to the quirks of the “creative process”. Emphasising the importance of innovation in the games industry, he says Bioware’s new game will leverage EA’s network, cross-platform presence, and scale, aiming to do things that have “never been done before, and we don’t think anyone is going to do anytime soon”. Accordingly, “we chose to give the team some more time to deliver”.

Early buzz around this mysterious IP suggest it borrows from ‘social shooters’ or ‘mini-MMOs’ like Destiny and The Division, which the vocabulary EA are using (throwing about words like “social”, “cross-platform” and “live service”) would seem to support. Given how well those titles are doing for arch-rivals Activision and Ubisoft, it’s entirely plausible that EA would want a piece of that market.

Concluding, Wilson reiterates: “we’re very happy with Bioware. Bioware has continued to support Mass Effect, and the new team is doing some amazing things, and you’ll hear more about that in the months to come.”

You can check out the full transcript of the earnings call over at Seeking Alpha.