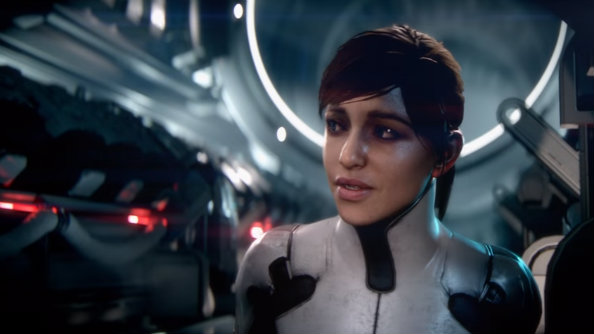 “An Organizational Update” doesn’t really compare with “Half-Life 3 confirmed” as a story, but buried in the changes recently announced by EA CEO Andrew Wilson are some interesting details. In a post on EA’s news blog packed with dynamic corporate newspeak, Wilson’s headline announcement is the formation of EA Worldwide Studios, which “will bring together [EA’s] top creative talent”.

Check out our objective comparison of mega-publishers EA and Ubisoft in: who is the least worst publisher of PC games?

As part of this centralisation, famed RPG studio BioWare, makers of Dragon Age and Mass Effect, get a new boss in Samantha Ryan. Ryan retains her former job as leader of EA Mobile and Sims developer Maxis, which are moved to join Worldwide Studios under the leadership of Patrick Söderlund, EA’s executive vice president. Finally, the Frostbite engine team are moved to join EA’s central technology group under the leadership of Ken Moss.

Through the haze of buzzwords that surround EA Worldwide, you can make out the phrase “the tenets of making great HD and mobile experiences are converging”. EA studios, and Maxis in particular, have a history in cross-breeding traditional games with different platforms, monetisation models and so on. We’re speculating, but perhaps this new studio is a response toPokémon Go, and will have a mandate to experiment further with this sort of thing.

As for BioWare’s new boss, Sam Ryan joined EA in 2015, before which she managed Warner Bros’ relationship with Rocksteady, WB Games Montreal and NetherRealm. She is an experienced game director and producer who has worked on the Batman: Arkham games, as well as Mortal Kombat, Middle-earth: Shadow of Mordor and Injustice: Gods Among Us.

Wilson’s announcement isn’t specific about Ryan’s duties, or even her job title, saying simply she “will take on leadership of BioWare”. Given this CV, however, it’s fair to assume she’ll lead production or directorial duties as the final touches are made to Mass Effect: Andromeda.

The impact of moving Frostbite is less clear. According to Wilson, it’s something to do with answering players’ expectations of “innovative, stable and secure experiences” through “the strong combination of our Frostbite engine and our digital platform”. So. That’s good.