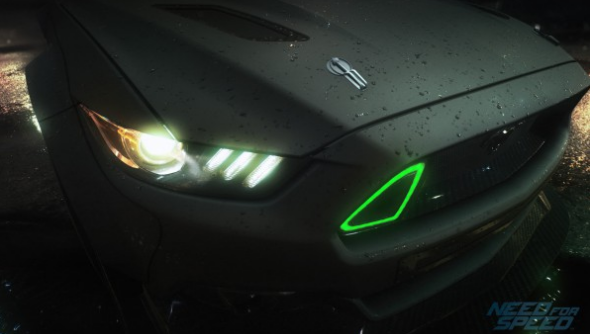 Yesterday EA teased a new release for their stalwart race series Need for Speed. Today, we got the first trailer and details. Guesswork pointed towards a revival of the Underground games, and whilst that has yet to be confirmed, the new game will feature “authentic urban car culture”. Sounds a bit Underground-y to me.

The new Need for Speed game is in development at Ghost Games, who made the previous NFS game Rivals. It’s described as a “full reboot” with “deep customization, authentic urban car culture, a nocturnal open world, and an immersive narrative.” That all sounds smashing, although if ‘immersive narrative’ means it’ll be anything like NFS: The Run, I’ll be running a mile.

“Need for Speed is one of the most iconic names in gaming, and we’re returning it to greatness in this reboot,” said Marcus Nilsson, executive producer at Ghost Games in a press release.

“Pulling on our 20 years of history, and then taking a year out from releasing a game, we are making the game we’ve always wanted to. We’re listening to the fans and delivering an experience that will capture their imagination and unleash their passion for cars and speed.”

The game will be built upon the same version of the Frostbite engine being used for Star Wars Battlefront.