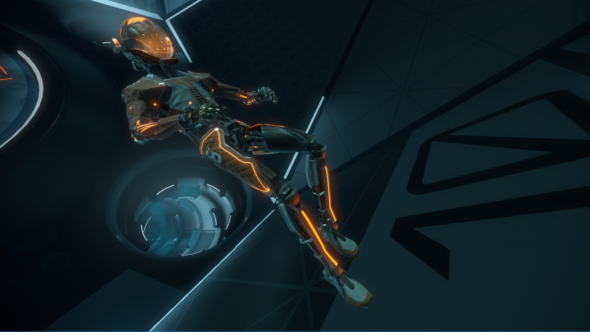 If The Order: 1886 was criticised for being visually spectacular but mechanically uninspired, Ready at Dawn’s next game is the opposite. Echo Arena might look barebones, but its promise of ten-person VR multiplayer in zero-g isn’t quite like anything else.

Intrigued by VR? Here are the best games to come out of it so far.

The game will be free for Oculus Rift owners at launch on July 20th, Ready at Dawn announced at E3’s Intel Conference – joining a list that includes Epic’s Robo Recall.

While Echo Arena is a multiplayer sport played with frisbees, it’s the counterpart of a story-driven single-player game called Lone Echo, also out on the same day. That’s a fairly different proposition, in which you’re accompanied by a voiced NPC, but features the same zero-g movement inspired by footage of the International Space Station.

Eve developers CCP have their own take on neon VR sports in Sparc – but it’s now expected to come only to PlayStation VR. Hopefully we’ll get it eventually, but for now there’s Echo Arena.